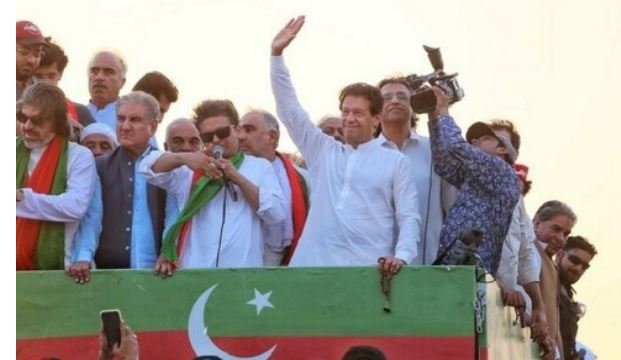 As PTI’s Azadi March began on Wednesday, tensions in Punjab rose after police made use of tear gas and arrested several PTI marchers in cities across the province as activists attempted to remove shipping containers blocking routes to Islamabad.

Much later in the evening, in a video message tweeted by the PTI, Imran asked “all Pakistanis” to take to the streets in their respective cities and said people heading to Islamabad must reach D-Chowk.

“I will make it there in a couple of hours.” He also appealed to women and children to come out of their homes for “real independence”. Imran said it was “good news” that the Supreme Court had decided that no one would be arrested during the march.

“Your collective presence will send a message across Pakistan that the nation has rejected this imported government.”