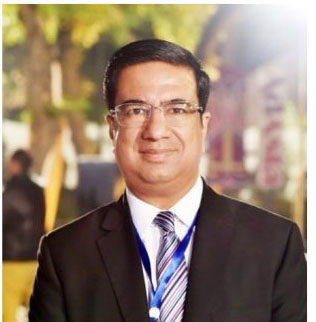 A case study of Pakistan and Central Asia

Central Asian region assumes greater importance for Pakistan, not for a single reason of historical linkages but many factorspersuade Pakistan to keep Central Asia as a priority area in its foreign policy credentials. Since the independence of CARs, various strategic and economic interests have become a significant impetus of Pakistan’s policy particularly in the field of energy. For landlocked Central Asia also, Pakistan’s importance is for several reasons. Along with historical and cultural ties that bring both the regions closer, the potential relationship in the future can benefit them greatly. Both Central Asia and Pakistan hold great importance for each other, the changed geopolitical and strategic position has enhanced this significance immensely. In this context, increased cultural integration would be beneficial for regional trade prospects.

The changing regional and global strategic environment has made it more important for Pakistan to compete and maintain stronger ties with Central Asia.Concerning the great historical and cultural associations, Pakistan and Central Asia can boost their potentials and the cooperation can be a model in the region as well as in the globe but still,few constraints haunt this affiliation to be established on a sound basis.

The history of this connection can be traced back to the 2nd century B.C up to 17th and 18th century, when the nomads in both the areas established economic, cultural and religious links with each other and the Indus civilization now comprising Pakistan, was part of the dynasties in Central Asia. Central Asia witnessed the rule of different empires that established their hold in the area extending from the Caspian Sea to the Arabian Sea including Pakistan’s territory in the past.

The present strategic ties between Pakistan and Central Asia are and can be of enormous stimulus because both sides can gain momentous from the economic potentials of each other and can boost their social and cultural cooperation as they are blessed with natural and geographic potentials. As far as Central Asia is concerned, Pakistan’s geostrategic position is of great importance. The most noteworthy and near route for Central Asia to the sea can be provided by Pakistan and Afghanistan. The economic interests of Central Asia can be boosted through Pakistan as the trade can be increased by air and by road networks.

Located in the heart of Asia, Pakistan serves as a gateway to the energy-rich Central Asian States, the financially liquid Gulf States and progressive Far Eastern Countries. This strategic advantage arecognition as having three seaports; in fact, the Karachi Port (KPT) is one of the busiest ports in the whole Arabian Sea. Most of the overseas trade of Pakistan and the landlocked Central Asian countries transit through Karachi’s two ports. These ports along with newly developed Gwadar port hold bright prospects for Pakistan becoming a regional transit trading hub for land-locked Central Asian countries, while additionally creating opportunities for re-exports of goods.

Currently, Pakistan’s trade volume with the region stands at $58.4 million. During 2018, Pakistan exported goods and services valued at $50.7 million to the Central Asian countries while its imports from the region stood at $7.718 million, according to the State Bank of Pakistan’s (SBP) data.

Pakistan’s largest trading partner in the region is Kazakhstan, to which Pakistan exported goods worth $36.8 million during the period, followed by Tajikistan and Turkmenistan.

In the 2018-2019, the trade turnover between Uzbekistan and Pakistan rose three times and amounted to $100 million. This year, the economic cooperation between Uzbekistan and Pakistan reached the highest levels. Uzbekistan has become one of the main trade-economical partners of Pakistan in Central Asia. Uzbekistan is keen to continue to develop bilateral relations in 2020, to achieve more effective results for the sake of the benefits of the two countries. At the same time by the initiative of Uzbekistan’s President both the countries have started to develop relationships in the field of Ziarat Tourism for foreign pilgrims. This direction of tourism rapidly took its development and created the most favorable conditions for tourists.

In general, both entities have opened doors for religious tourism. Uzbekistan is the land of great Islamic scholars and thinkers like Al- Khorazmiy, Al -Beruniy, Imom Al – Bukhari, BahouddinNaqshbandiy, Al – Motrudiy, At -Termiziy and others. Pilgrims from all over the world are visiting their graves to make Ziarat and give them respect.

In order to create the most favorable conditions for attracting foreign investments, in Uzbekistan have been created more than 20 free economic zones. By opening their companies in Uzbekistan, the Pakistani textile companies will get direct access to highest quality Uzbek cotton, employees with high literacy and free export regime to the countries of Central Asia and Commonwealth of independent states that comprises 300 million population.

Pakistan and Kyrgyzstan are co-operating with each other in various fields for the promotion of trade and economic association. Several Pakistan nationals have established their businesses in the fields of hoteling, pharmaceutical industry, and tourism in the Kyrgyz Republic.

Tajikistan investors and businessmen have expressed interest in the trade advancement to $500 million per annum. Both countries have a huge potential to enhance trade, joint ventures and investment in different fields. Pakistan could export many products to Tajikistan including furniture, sugar, textile, and cement, etc. Both countries are keen to focus on developing road, railway, and air links to further enhance bilateral trade and investment activities.The “CASA- 1,000” project is paving way for two-way trade of electricity. Under the new scenario, Pakistan is now surplus in electricity and wants to export it to the Kyrgyz Republic, Tajikistan, and Afghanistan in the winter season by using the same structure of the CASA project.

Turkmenistan is largely a desert country with intensive agriculture in irrigatedoases and sizeable gas and oil resources. There is an immense potential of trade between the two countries as BIT isoperational since 1994. Much of the benefits can be reaped to increase thetrade between the two countries. In 2017, Pakistan’s goods import from Turkmenistan stood at $ 16.81Mn. Both countries had signed five agreements and Memoranda ofUnderstanding (MoUs) to boost cooperation in the fields of trade, energy,media, and culture back in November 2011. Moreover, the Bilateral InvestmentTreaty (BIT) had also been signed between the two states. Similarly,both countries have inked the Double Taxation Treaty as well.

Kazakhstan is keen to boost trade ties and enhance the mutual trade volume between the two countries. Kazakhstan is keen to increase economic cooperation and boost mutual trade ties with Pakistan. A conducive business environment existsin both the entities for foreign investors. Moreover, Pakistani industrialists should take benefit of the trade-centric environment, through land routes and optimized trade agreements both the countries can unleash the immense potential that would be mutually beneficial. Pakistan is also keen to strengthen ties with Kazakhstan through the development of the China-Pakistan Economic Corridor (CPEC) and other connectivity projects which would ensure regional development and prosperity. On the other hand, Pakistani ports offer the shortest land route to Kazakhstan for access to the Arabian Sea which can be advantageous for both countries.

Most of the Central Asian capitals such as Tashkent, Dushanbe, Ashkhabad, Almaty, and Bishkek can use the Karachi seaport as the nearest one. The future regional economic stability and cooperation can be increased with strong ties between Pakistan and Central Asia. Pakistan has also concentrated on realistic and shared approaches that Central Asian republics tried to become active in an “extended neighborhood” beyond South Asia. Pakistan has emphasized the revival of Muslim sociocultural and trade links with central Asia. Economically, Pakistan is interested in the massive prospective of trade connections with a great and newly accessible market and of energy partnerships with oil- and gas-rich Central Asian states. At first, Pakistan needs to exploit a bilateral approach centered on its trade links to boost its economic priorities.New links based on transportation, trade, and energy among the States of Central Asia and Pakistan can bring long-term constancy and prosperity to the people of these regions and reinstate the commercially and culturally crossing. Economic prosperity, growth, stability, development, andfreedom come by possessing several outlets in terms of having different transport and economic corridors, bilateral trading partners and multiple pipelines.

Central Asia, without a doubt, is a storehouse of energy, but unfortunately landlocked geographically. The major exciting prospects for the CARs are mostly viewed in terms of energy resources. The mineral resources present in abundance in Central Asia is a source of attraction for one and all, particularly for regional countries such as Pakistan, that otherwise have high deficits in these resources.The region’s oil and gas reserves are estimated as the second-largest in the world. Vast mineral reserves and rich agriculture activities, when combined with a skilled population, imply that there are ample chances for this region to surface as one of the most dynamic regions in the entire world.

On the other hand, Pakistan is an energy deficit country but fortunately well-placed strategically. Such a complex situation makes either region deficit in one aspect but at the same time rich in the other. The geostrategic and geopolitical location of Pakistan is extremely significant for the reason that it can provide the energy-rich but landlocked CARs the shortest energy corridor for the global export of its oil and gas reserves through the Gwadar and Karachi ports.

Being at the crossroads between Central and South Asia, it is encouraging for Pakistan to play a bridge state role, linking various regions and providing easy passage to the landlocked CARs. The Gwadar port, recently becoming partially-functional, could serve this purpose effectively as is evident from the China-Pakistan Economic Corridor (CPEC).

Moreover, the longstandingand multifaceted cultural, historical and ethnic bonds coupled with the common Muslim identity are other favorable signs for establishing comprehensive and strong bilateral relations with all the CARs that encompass political, defense, and particularly economic aspirations. In this regard, the setting up of a national agenda, fixing the country’s priorities and notwithstanding political or other affiliations, can serve its interests greatly.

Central Asia has now become a significant region, having immense trade potential. Together with religious, political, cultural and ethnic ties, the two regions can also strengthen commercial ties or trading networks. The importance of Central Asia with regard to its enormous potential and the future greater possibility of cooperation in various fields make it an important aspect of Pakistan’s foreign policy. Moreover, the geographical location of CARs also gives that region a significant place in Pakistan’s strategic motives.Serious consideration, focused planning, implementation mechanism, is required for boosting economic, strategic and socio-cultural ties Between CARs and Pakistan.

The writer is the Executive Director, Center for Global & Strategic Studies (CGSS), Islamabad 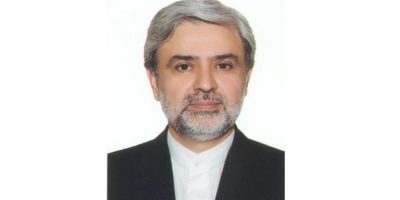 The question of Palestine; from vocal to practical support 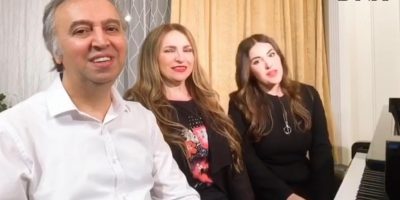 Ansar M Bhatti ISLAMABAD: Relations between Pakistan and Azerbaijan are getting deeper and deeper withRead More