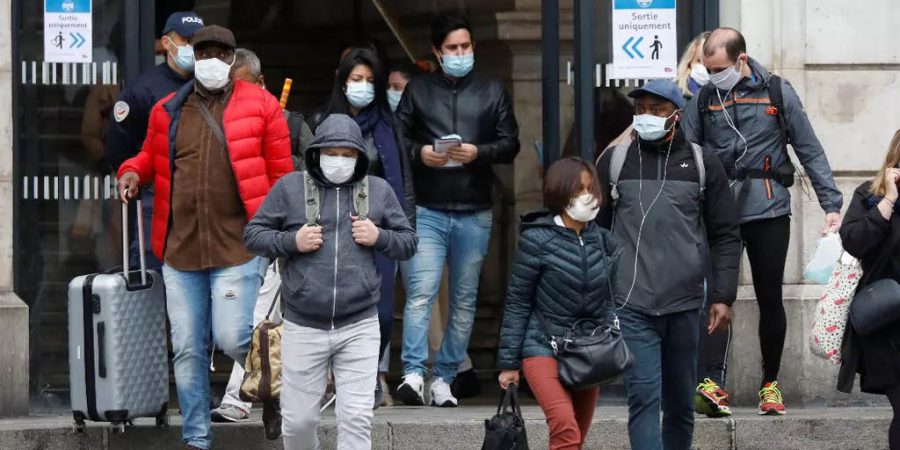 PARIS, MAY 11 –  France has cautiously begun to lift its lockdown, with millions back in work after eight weeks of restrictions.

Shops are reopening, many pupils are returning to primary schools, and people will not need travel certificates when they leave home.

But some parts of the country – including the capital Paris – remain under tighter controls, with the country split into green and red zones.

The government has faced criticism for howit has handled the crisis.

French President Emmanuel Macron won broad support for imposing restrictions on 17 March. But many have attacked the response since then.

More than 26,000 people have died from Covid-19 in France since 1 March – one of the highest tolls in Europe.

Many other European countries are also easing restrictions on Monday.

Read more about how Europe is easing lockdown here

The government has released a detailed plan of how France will slowly come out of lockdown, first brought in on 17 March.

Masks are mandatory on public transport and in secondary schools as they reopen in the coming weeks. Shops also have the right to ask customers to wear one.

Gatherings of up to 10 people are allowed, and the elderly and vulnerable will be allowed outside.

People will no longer need travel permits to explain why they have left home. Car journeys of up to 100km (60 miles) from home are allowed, but drivers need permission for distances further than that.

And anyone wanting to travel in Paris during rush hour will need authorisation from their employer.

France has been divided into green zones, where the outbreak is not as bad, and red zones, which are still struggling with high numbers of infections.

In many areas Monday is being treated as a preparatory day in schools which are reopening. Lessons with reduced class sizes are to restart on Tuesday, but even so, some local authorities are keeping schools closed, under parental pressure.

In Paris schools are only opening from Thursday, with priority given to socially disadvantaged children and/or those of key workers.

Cafés and restaurants may be able to open in green zones as early as June.

Paris, its suburbs, and the three other north-eastern regions of France all remain in the red zone, as well as the French Indian Ocean island of Mayotte. Some 27 million people live in those areas.

France has also begun testing a new app to track and trace the virus – StopCovid – which it hopes to launch on 2 June. Concerns have been raised about right to privacy for users, with parliament set to debate it later in May.

And in April the government announced a new programme to encourage cycling, including free bike repairs up to €50 (£44; $54) and funding for bike lanes throughout the country.

What’s been the reaction?

Mr Macron gave a televised address to the nation in March declaring the start of restrictions, saying his country was “at war” with the virus.

The French people broadly supported the move. But since then there has been criticism of his government’s handling of the crisis.

Opponents have pointed to low levels of testing compared to other nations, a shortage of medical equipment and what they say was a confused message about wearing masks in public, as evidence of Mr Macron’s failings.

An Odoxa opinion poll published last week suggested 58% of the French people do not trust the government to ease the restrictions successfully, and more than a third want to stay under lockdown.

Some 69% do not think schools can be kept safe enough, according to the poll – despite promises to limit class size and enforce social distancing – and 74% of respondents think the same about public transport.

Despite this, a poll taken earlier in May suggests the French do not think others would be doing a better job than Mr Macron.

Only 20% believed his 2017 presidential opponent, far-right candidate Marine Le Pen, would be handling the crisis better, with a similar percentage thinking former President Nicolas Sarkozy would be an improvement.