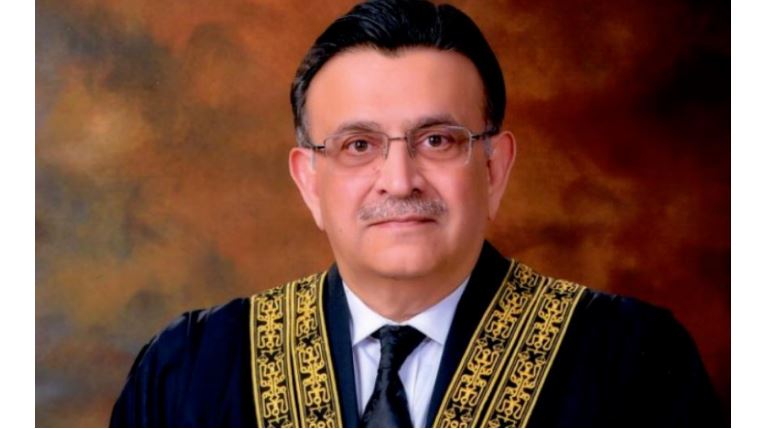 ISLAMABAD: Chief Justice of Pakistan (CJP) Umar Ata Bandial said on Monday that the Supreme Court had taken suo motu notice of the parliamentary crisis last month after consultations were held between 12 SC judges, all of whom agreed that it was a “constitutional matter”.

On April 3, following then National Assembly deputy speaker Qasim Suri’s dismissal of a no-confidence motion against then prime minister Imran Khan and the subsequent dissolution of the National Assembly, Justice Bandial had taken suo motu notice of the matter. He had also made it clear that all orders and actions initiated by the prime minister and president regarding the dissolution of the National Assembly will be subject to the court’s order, which had eventually gone against the then government and restored the assembly.

The Supreme Court’s notice was criticised by the PTI lawmakers, with Fawad Chaudhry branding it “unfortunate”.

The chief justice, however, maintained today that the notice was justified. “Everyone believed that it was a constitutional matter so notice should be taken.”