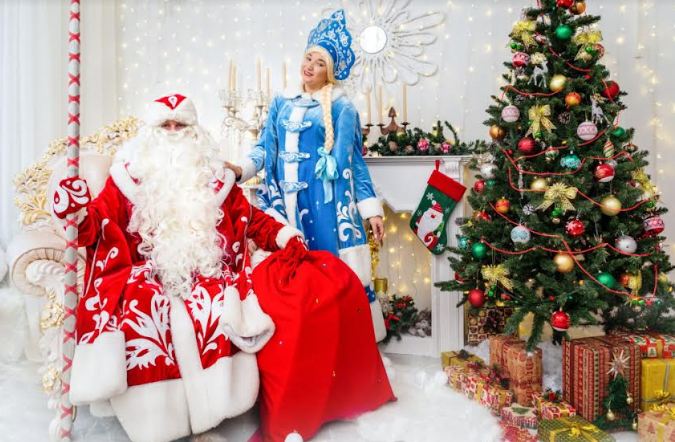 In Belarus the time over Christmas and New Year is called «Kalyady» (this means calendar in Latin). «Kalyady» starts and ends with two Christmases and has the New Year celebrations in the middle! It starts on December 25th when Catholics and Protestants in Belarus celebrate Christmas, the big New Year’s Eve celebrations are in the middle and it ends on January 7th when Christmas is celebrated in the Orthodox church (most people in Belarus celebrate Christmas using the Orthodox date). «Kalyady» is also the name for an old pre-soviet tradition where people would dress up and go around their neighbors singing songs – like carol singing. This is still done in some rural villages. Many of the traditions that most people associate with Christmas are now linked to the New Year celebrations. There are New Year Trees and gifts are often put under the tree and are exchanged on New Year’s Eve(photo 1). New Year is also when «Father Frost» (known in Belarus as Dzied Maroz, Ded Moroz) brings presents to children. He is often accompanied by his Granddaughter «Snegurochka».New Year and Christmas lights are put in towns and cities throughout Belarus (photo 2). It’s traditional to have three important meals during «Kalyady», which are known as «Kutia» meals. This is what Orthodox Christmas Eve is called and is also the name of a porridge which is eaten at the Christmas Eve meal. The first meal is known as the «Lent Kutia» and the last meal is the «Hungry Kutia». They are meant to be very simple with no meat or fat in them. There are normally 12 dishes at the Orthodox Christmas Eve «Kutia» to represent Jesus’s 12 disciples. As well as «Kutia» porridge the other dishes will item like pancakes, fish and mushrooms, as well as «kisel» (a dessert made of oatmeal fruit, berries and potato starch) (photo 3). The middle «Kutia» eaten on New Year’s Eve and called the «great Kutia», is a big feast. Some people will only have the main «Kutia» on New Year’s Eve! One vital dish is «Olivier» salad. It made from potatoes, eggs, green peas, pickles, mayonnaise and ham. Other salads like «Shuba», diced pickled herring with layers of grated vegetables, chopped onions and mayonnaise are also popular. Tinned peas are very important and feature in many of the great «Kutia» dishes! Mandarin oranges are also normally eaten during New Year’s Eve (photo 4). Catholic and Protestant Christians might go to a Midnight Mass service on the 24th December and a Christmas Day service on the 25th December. For Orthodox Christians the main Christmas service normally starts at midnight on the 6th/7th January following the hungry «Kutia» and the night time service can last for several hours!(photo 5) Then Christmas Day, on the 7th January, is a public holiday where people visit family and friends. There are several traditional films shown on TV on New Year’s Eve. One of these films is «The Irony of Fate, or Enjoy Your Bath». It was made in 1975 during the Soviet era. On 31 December at about 10 p.m., all family members and invited friends sit at the holiday table. They eat a bit, chat, watch TV and wait for the main celebration, which starts at midnight. Ten minutes before midnight it is common to watch a New Year address by the Belarusian President on TV. When the clock strikes twelve, people «welcome» the New Year drinking champagne, congratulate each other with lots of fireworks (photo 6). The Epiphany of the Lord is celebrated by the Orthodox Church on January 19 in a new style. On this day, it is customary to plunge into the ice hole to wash off their sins (photo 7). In Belarusian, Merry Christmas is «Z Kalyadami» and Happy New Year is «Z Novym godam».
ARTICLES, PAKISTAN, WORLD No Comments » 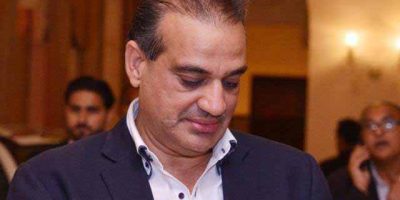 Economy continues to deteriorate and so does politics (P-2) 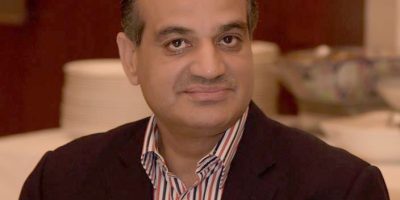 Economy continues to deteriorate and so does politics

Comment Ansar M Bhatti ISLAMABAD: As it goes when misfortunes come, they come in battalions.Read More