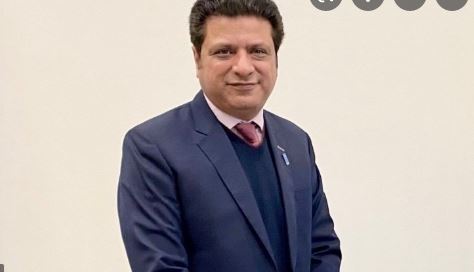 Ali Furqan
ISLAMABAD, NOV 24: Chairman Pakistan’s National Database and Registration Authority (Nadra) Tariq Malik has expressed the confidence of developing e-voting system for overseas Pakistanis, but that would only be done after the political parties show consensus over it.
In an exclusive interview with Voice of America’s Ali Furqan he said that it was the right time for to implement the law granting voting rights to overseas Pakistanis.
“We are waiting for two things, one is the grant of responsibility by the Election Commission to us and secondly consensus of all political parties that this e-voting system was acceptable to them,” he added.
Pakistan’s government recently approved a legislation allowing the overseas Pakistanis to exercise the right to vote amid strong protest by the mainstream opposition parties in the Parliament.
Talik Malik said that NADRA has the data of expatriates and according to that 6.5 million people would be eligible to cast their votes out of 8.6 million overseas Pakistanis.
He also spoke about the reforms and initiatives taken by Nadra related to digitalization of the government departments, while the data base authority has recently developed a system Digital Power of Attorney (DPOA) which would provide a Power of Attorney certificate to a person through video conferencing.
He added that around 10,000 fake ID cards were identified in the Nadra system and 107 employees involved in this malpractice have been terminated from service.
Talik Malik said that smart identity cards have been issued to 1.7 million registered Afghan refugees in the country and it has facilitated them to get their children admitted in schools, open bank accounts etc.
Regarding, those Afghans national who wanted to come to Pakistan a relaxed visa regime has been implemented allowing them to get an online visa within 24 hours. Chairman Nadra added that like the Afghan refugees, separate ID cards were being issued to members of Bihari and Bengali communities under the National Alien Registration law. “This will bring these people who have been living in Pakistan for decades in the mainstream circles,” he added, “At the same time it has been noted that the word alien was not appropriate so we are consulting with the Law ministry, NGOs and other stakeholders to replace it from their ID cards.”
Mr Malik informed that Nadra was working to provide the national ID card as an important building block for a fully digital Pakistan, and  they were planning to start issuing digital ID cards by the start of next year which would help to resolve the fake ID cards issue at all.