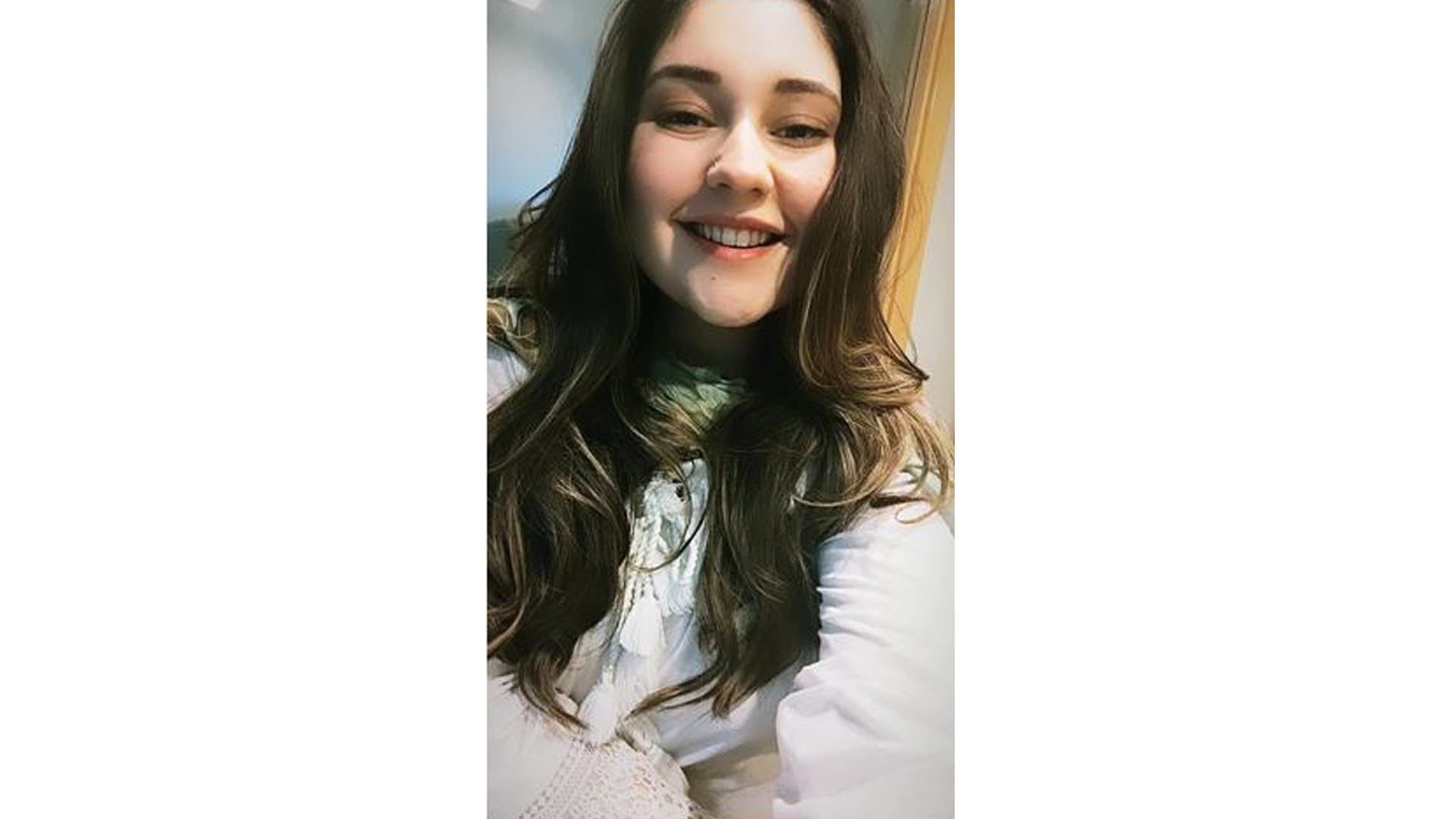 During my recent trip to Azerbaijan, I asked the Ambassador of Pakistan to Azerbaijan Bilal Hayee the main reason behind increased tourism in Azerbaijan during recent years.

He abruptly replied, tourism of any country mainly depends on its perception regarding safety and security in the eyes of the outer world. Azerbaijan has improved its tourism keeping in view the same two factors. The number of tourists in Azerbaijan is much greater than the total population of this country. Azerbaijan’s main priority happens to be the safety and security of their tourists. The tourists are certain that no unfortunate incident would take place with them in Azerbaijan.Mr.  Ambassador said if a person loses his phone and comes back looking for it the next day, he would find his phone lying on the same place. He appreciated Azerbaijani Police efforts in making the country a secured place to live and visit.

What makes Azerbaijan a tourism destination?

When we talk about tourism, Baku, the Capital of Azerbaijan is the first place that strikes our mind .There are multiple reasons to visit this place. I recently visited Baku and was greatly touched by its grandeur and rich cultural and historical heritage. My memories of Azerbaijan are windy, beautiful and magical. Baku has a lot to lure tourists both from within and without the country however I would only discuss only a few of the main tourist attractions.

It is the 12th century Landmark that is located in the Old City in Shirvanshahs’ palace. This Tower is listed in United Nations Educational, Scientific and Cultural Organization UNESCO. It was Azerbaijan’s victory Day when I Visited Maiden Tower. After liberating its illegally occupied territories from Armenian occupation 8th Nov Marks the victory Day for Azerbaijan.

The tower is home to a museum that displays the narrative of the notable development of Baku City. Heading to the top of the tower, you will get to capture some alluring views of the Baku Boulevard, Baku Bay, and Place of Isa Bek Hajinski.

It is located in Baku, which was planned by Iraqi British Designer named Zaha Hadid. The sharp points and bends make this unique. The avenue was named after Heydar Aliyev as he is the National Leader of Azerbaijan

Azerbaijan Carpet Museum is certainly considered one amongthe biggest carpet museums with inside the entire world. Visiting this place, you’ll be to witness a hugevariety of weaving patterns and substances from diverse ages. The museum is like home to a hugevariety of pottery and steel works that date back to the 14th century in addition to from the Bronze Age.

Caspian Sea happens to be one of largest inland waterway located at the intersection of Europe and Asia. Caspian Sea covers 386,400 square kilometers area. There are multiple hotels and buildings that enjoy most iconic sea view throughout the day. It stretches for about 12,000 KM from North to south. The Residents of Azerbaijan takes it as ocean because of it salty water.

Baku Seaside Park is a place you would never want to miss in Azerbaijan. It is also known as National Park, which was built in 1909.It is basically a pavement that is setup alongside the seafront of Baku. National Park is considered as most relaxing place for residents as well as tourists visiting Azerbaijan.

I used to call Nizami Street “Eye Candy”.  It is a whole street of shopping and delicious food. Whatever your heart desires, you find it on Nizami Street. The main shopping area starts at Fountain square, and it’s a hotspot of clothes, shoes and jewellery.While shopping is considered to be the principle activity on Nizami Street, its Architecture is also one of the huge attractions Draw. Their lights and decoration of Nizami Street also plays important role in bringing tourists to step in.The beautiful wind of Baku plays additional role in making the street Iconic. Residents and tourists consider Nizami street a solution to all problems regarding shopping, eating and relaxation.

This is one of the most visited historical places in Baku that’s also serves as academy of sciences. It is located in the central uptown part of capitol city of Azerbaijan- Baku.  The construction of this building started in 1908 and was completed in 1913, after the construction of this palace, conferences , meetings and congresses have held within this building’s white stone Assembly Hall. Ismailiyya Palace  is one the major Landmark of Baku. Azeri people feel very proud of this Palace , they think this palace keeps them attached to their past and hope the palace would remain in its original shape for their future generations.

What FOOD TO Eat in Azerbaijan

It’s been almost a month I have consumed Azeri food, but its taste is still fresh in my mouth and memory. I can still smell the enriched dishes and quote full ingredients of any Azeri dish. Azerbaijan food is known for their abundant use of seasonal vegetable and greens such as eggplant, tomatoes, cucumbers, peppers, radishes and cabbage with a side of meant like chicken, beef  or lamb. Spices and herbs are difference makers. Mint coriander, dill, leek, tarragon,thyme, green onion and parsley are majorly used in Azeri food.

Azerbaijan takes a lot of Pride and hospitality in their food. The appetizer and entrée are accompanied by the hot black Azeri Tea. The Back tea is considered to be the national beverage.

I would love to share my food experience with you and pen down few of my favoritedishes .

Qutab is to Azerbaijan what Pizza is to Italians. It is thinly rolled dough which is filled with meat, herbs, cheese, onions and chest nuts. Its specialty lies in the way it’s cooked. It is cooked on a sadj– which is a flat pan made of Iron. It has to be rolled evenly before putting in so the falling doesn’t fall off.

I couldn’t get my hand off Lavangi. Lavangi is Azeri’s Favourite Snack. Which is a stuffed chicken or fish (whatever you prefer ) with walnuts, onions and plumpaste . Lavanga is made in Tandoor, the flame of which cooks it from all sides and makes it tender.

I had Dushbara on way back from Karabagh , they are like Russian Dumplings which are very tiny in size and stays at the bottom of bowl. The size of dushbara makes this dish unique as they say a good cook is capable of fitting atleast 12 dushbara in spoon. These mini dumpling are then boiled in water and served with mint or vinegar infused with Garlic

If you have ever exited Azerbaijan without trying their kebab you should go back immediately for those kebabs. They have Kebabs in a lot of variety. Some are lamb or beef kebab, others with chicken and Fish kebab. Different seasonal vegetables are also used in making these kebabs. These kebabs are tender and juicy because of how they are made. Their meat is marinated before time for few hours, then neatly threaded piece by piece on skewer and then cooked.

Pakhlava, also called Baklava, originates in the Middle East. The multi-layered sweet pastry stuffed with nuts and flooded with syrup makes a scrumptious treat. Locals eat Pakhlava during Novruz, the Iranian New Year in March, to celebrate the coming of spring.

Visit an Azeri home and you’ll immediately have a cup of tea in front of you and see large jars of jam on the table. Local women create the jam from various fruits, walnuts and occasionally rose petals.

A favourite drink in Azerbaijan is sherbet, made from boiled water, lemon and sugar. Either try the milk or fruit sherbet, which comes with ice, making a refreshing drink.

Black tea deserves a special mention as tea plays an integral part of Azerbaijan’s culture and traditions. Locals drink it with most meals, following an ancient ritual passed down from one generation to the next.

Mostly , people do not have mind on Azerbaijan while planning their vacations , however Azerbaijan has restored and reconstructed itself a lot and has a lot to offer now. Azerbaijan is a must-visit place for people who want to take long walk through history and seaside and do not want a lot of people around. Azerbaijan is not a crowded country; it gives you your space to breathe pure wind and relax your mind.