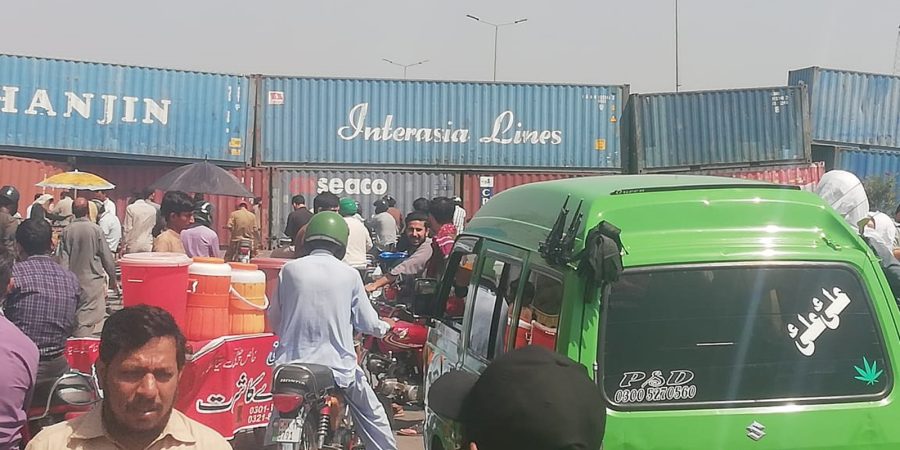 All eyes are on Islamabad as the city braces itself for heated political activity with the PTI workers and leaders heading towards the federal capital from various parts of the country despite the government’s instructions no to.

Law enforcement is on high alert as the government is taking all possible measures to stop the PTI’s ‘Azadi March’.

At Lahore’s Batti Chowk, the police resorted to tear gas shelling to disperse PTI workers when they removed barriers placed to block the routes.

The PTI’s Lahore chapter had asked its workers to gather at the Batti Chowk today from where they were to depart for Islamabad.

The party workers gathered at the intersection and clashed with the police when they removed barriers after which the police fired tear gas shells in order to clear the area.

The police also encircled the car of former health minister Yasmeen Rashid in an attempt to stop her from moving forward.

According to the video circulating on social media, a PTI supporter came forward and verbally abused the police officials. Meanwhile, Yasmeen tried stopping the police from taking away her car keys.