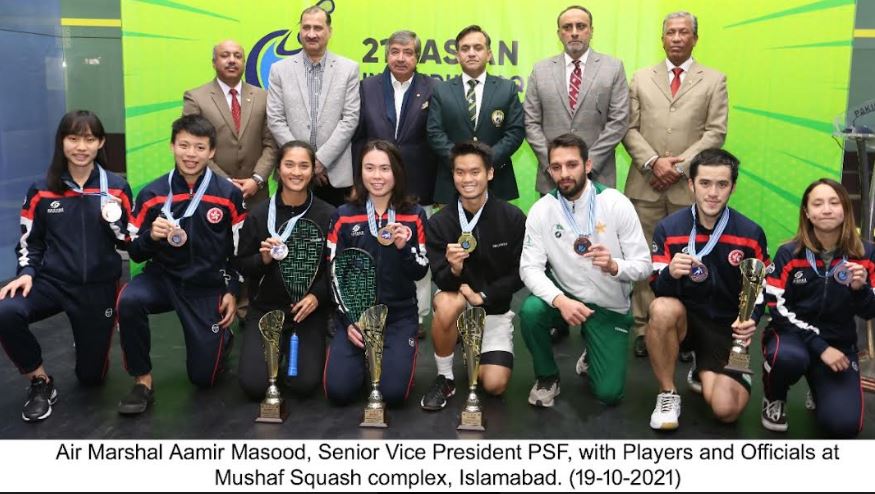 The Women’s Final was played between Tong Tsz Wing from Hong Kong and Rachel Mae Arnold from Malaysia wherein Tong Tsz Wing defeated Rachel Mae Arnold with a game score of 3-0 (11-8,13-11 and 11-5) in 34 minutes. The Men’s Final was played between Ng Eain Yow from Malaysia and Yip Tsz Fung from Hong Kong in which Ng Eain Yow clinched the Men’s title of 21st Asian Squash Championship. He defeated Yip Tsz Fung with a game score of 3-0 (11- 6, 13-11 and 11-9) in 40 minutes and won the championship finals.

Successful hosting of the mega event is reflective of Pakistan’s commitment to promotion of sports both in country and at international level.