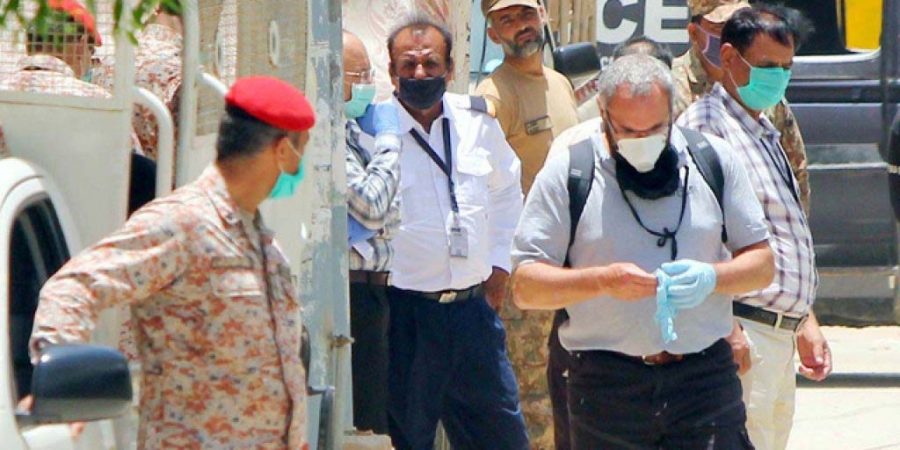 The visiting foreign experts reviewed the arrangements at the radar centre for the take-off and landing of aircraft. Moreover, the investigation team also inspected different equipment at the radar room besides witnessing the process of landing and take-off of the planes.

The French team and aircraft investigation team collected evidences from the crash site, however, further probe is underway.

Earlier in the day, the Airbus team which arrived in Karachi on Tuesday to assist the probe in recent air crash of Pakistan International Airlines (PIA) flight PK-8303, paid a visit to the site of the plane crash again today.

A team of 11 French experts landed in Karachi on a special Airbus 338 yesterday morning and visited the location of the plane crash in Karachi. The Airbus experts today reached the plane crash location and expected to analyse the wreckage and collect samples with equipment.

The team will also get the assistance of drone cameras to inquire into the incident. The team of experts expected to focus on the search of the cockpit voice recorder of the aircraft which was not traced so far.

Except for two survivors, all 97 passengers and crew members of the aircraft that crashed into a residential area near Karachi airport were confirmed dead. However, no resident of the Model Colony’s Jinnah Garden, where the plane crashed, was among the deceased. =DNA