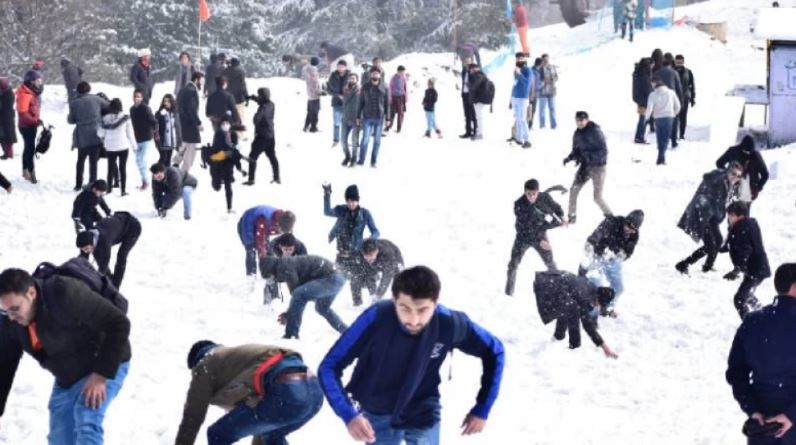 ISLAMABAD, Jan 07 (DNA): Galyat administration has urged the tourists to
avoid entering the region as Murree, Ayubia, and other galis have become
overcrowded.

Galyat Development Authority (GDA) Spokesperson Ahsan Hameed in an
official statement said on Friday that Galyat has a large number of
tourists, so do not travel further.

While Abbottabad Galyat Development Authority Director General Raza
Habib talked to the media said Galyat region has a capacity of only
20,000 tourists.

But, around one lakh tourists has entered in Galyat region so there are
all hotels are booked and no more room available, he confirmed.

The GDA spokesman has said in a statement that tourists in Galyat should
take precautionary measures as a road is closed due to a landslide in
Kandla.

Ahsan Hameed said due to heavy snowfall, it is not possible to clear the
road immediately as well as wrong parking on the side of the road is
also a major reason for road clearance.

He warned the tourists to avoid travelling between Tauhidabad and Donga
Gali.