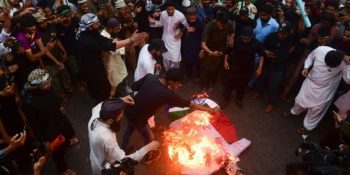 Muslims took to the streets in huge protests around Asia after Friday prayers, sparked by remarks about the Prophet Muhammad (PBUH) by an Indian ruling party official that embroiled the country in a diplomatic storm. Anger has engulfed the Islamic world since last week, when a spokeswoman for Prime Minister Narendra Modi’s ruling party made a disrespectful comment on the Holy Prophet on a TV debate show. Around 20 countries have since called in their Indian ambassadors and the party has gone into damage control, suspending the official from its ranks andRead More 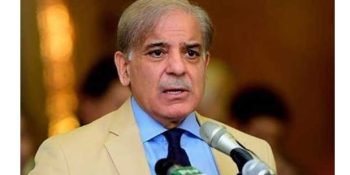 News Desk ISLAMABAD, Prime Minister Muhammad Shehbaz Sharif had a telephone conversation with President Joko Widodo of Indonesia here on Friday and discussed matters of mutual interest. The Indonesian president extended felicitations to the prime minister on his assumption of office. The two leaders discussed bilateral relations between Pakistan and Indonesia, based on a strong foundation of cultural and religious affinities and growing cooperation. The prime minister fondly recalled President Joko Widodo’s visit to Pakistan in 2018 and its substantive outcomes contributing towards strengthening of Pakistan-Indonesia economic partnership. He alsoRead More 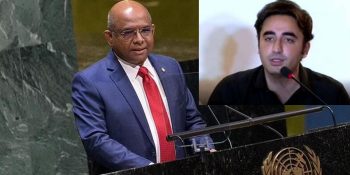 ISLAMABAD, JUN 10 /DNA/ – Foreign Minister Bilawal Bhutto Zardari, in a telephone call, apprised the President of UN General Assembly (PGA), Abdulla Shahid, of the derogatory and offensive remarks made by two senior officials of India’s ruling party BJP, against the Holy Prophet Muhammad (Peace Be Upon Him). Noting that such willful and deliberate provocation had deeply hurt the sentiments of billions of Muslims around the world, the Foreign Minister urged the PGA to take cognizance of this abhorrent development amidst growing hate speech and rising Islamophobia in India.Read More 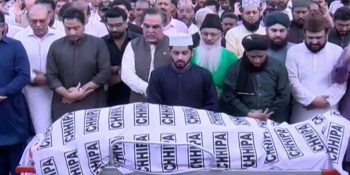 Lawmaker and television personality Aamir Liaquat Hussain was laid to rest in Karachi on Friday, following the end of an hours-long impasse between police and the deceased’s family over the matter of an autopsy. His funeral prayers were offered at a mosque adjacent to the shrine of Abdullah Shah Ghazi, with his son — Ahmed Aamir — leading the congregation. A large number of people were in attendance, including noted politicians. Hussain was laid to rest on the premises of the shrine, next to his parents. Earlier today, a KarachiRead More 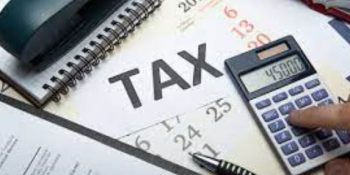 From Our Correspondent  PESHAWAR: Business community here on Friday said the present federal coalition government presented an IMF-dictated budget for financial year 2022-23, saying that no relief measures were taken despite the difficult and uncertain economic conditions in the country.Speaking at a news conference here at the chamber’s house on Friday, after presentation of Federal Budget 2022-23 by Minister of Finance, at the National Assembly floor, the Sarhad Chamber of Commerce and Industry (SCCI) president Hasnain Khurshid Ahmad termed the budget 2022-23 presented by government is highly disappointing and prepared onRead More

Cattle worth millions snatched on gunpoint in Attock 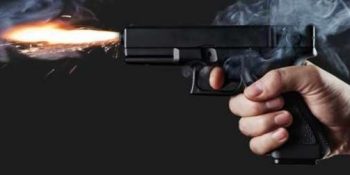 By Faisal Munir/ DNA  ATTOCK:  Cattle worth Rs 2 million were drove away on gun point by armed bandits in Maghian village in the limits of Pindigheb Police station of Attock on early hours of Friday. Sajid Mehomood- a cattle dealer informed Police that he along with other family members was sleeping room adjacent to dairy farm when a group of six armed bandits equipped with different weapons make them hostage on gun point. Later they tightened all with hopes and drove away cattle including   goats, cows and buffalos worthRead More