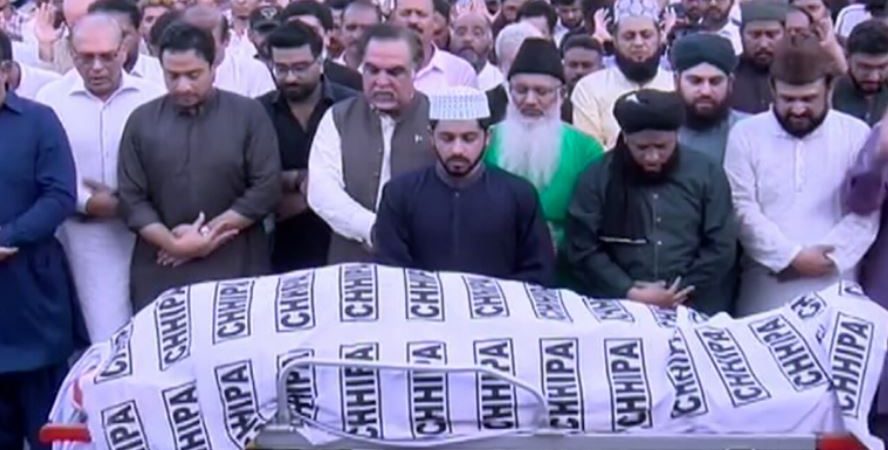 Lawmaker and television personality Aamir Liaquat Hussain was laid to rest in Karachi on Friday, following the end of an hours-long impasse between police and the deceased’s family over the matter of an autopsy.

His funeral prayers were offered at a mosque adjacent to the shrine of Abdullah Shah Ghazi, with his son — Ahmed Aamir — leading the congregation. A large number of people were in attendance, including noted politicians.

Hussain was laid to rest on the premises of the shrine, next to his parents.

Earlier today, a Karachi police spokesperson said in a statement that the body had been handed over to his family after a preliminary examination and submission of a report by the police surgeon.

The development had come after an impasse between police and Hussain’s family on the matter of the MNA’s autopsy following his death on Thursday. While police sought to conduct the body’s autopsy, which was necessary to ascertain the cause of his death, his family had refused to have a post-morterm examination.

Subsequently, the matter was referred to a judicial magistrate in Karachi.

According to a police statement, the judicial magistrate visited the Chhipa morgue, where Hussain’s body was kept, after his family appeared before the court and allowed for the body to be handed over to the heirs.

Speaking to the media, Ramzan Chippa, who heads the Chhipa Welfare Association, also confirmed the development, saying that Hussain’s funeral would be held after Asr prayers and he would be buried at the graveyard at Abdullah Shah Ghazi’s shrine.