Ahmed Rabei thanks PM Imran’s stance in favor of Palestine 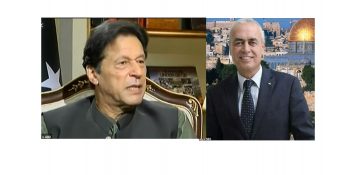 ISLAMABAD, NOV 13 (DNA) – Ambassador of Palestine Ahmed Rabei has extended sincere thanks to Government and people of the Islamic Republic of Pakistan for their continuous support to Palestine cause and highly appreciate Imran Khan, Prime Minister of the Islamic Republic of Pakistan on his recent statement, as Prime Minister said that “Our position about Israel is very clear, Pakistan can never  recognize Israel” and the founder of Pakistan Muhammad Ali Jinnah had made it clear long time ago that Israel would not be recognized until just and fairRead More 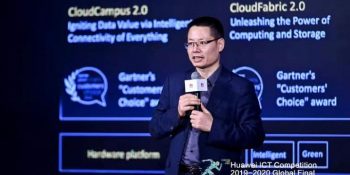 DNA Islamabad :During the Huawei ICT Competition 2019–2020 Global Final, Huawei held the Datacom Certification Global Launch Conference with the theme of “Datacom Connects the Future” at the Huawei Base, Songshan Lake, Dongguan on November 11. Huawei Datacom Certification is a set of standards for cultivating Datacom talent. In the next three years, Huawei aims to certify 150,000 Datacom engineers, increasing the size of the Datacom network talent ecosystem and shaping the future of intelligent IP networks. As digital transformation proceeds, companies are posed with new requirements for networks andRead More 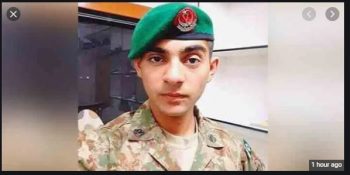 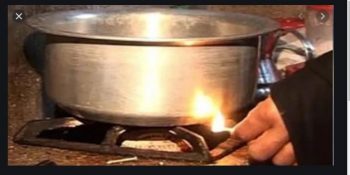 ISLAMABAD, NOV 13 (DNA) – Gas distributors for Pakistan have opposed on Friday Oil and Gas Regulatory Authority (OGRA) decision to slash down Liquefied Natural Gas (LNG) prices after scrapping the benchmark of factoring in losses and leakages of gas in systems to the consumer bills. According to the gas distributors, Sui Southern Gas Company (SSGC) and Sui Northern Gas Pipelines Limited (SNGPL) the decision was taken without taking them in confidence and it will hike the deficit already faced by them in gas distribution. The decision is unfair and contradictoryRead More 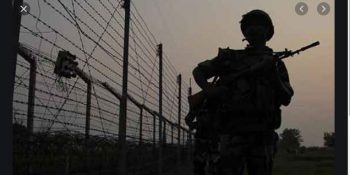 RAWALPINDI, NOV 13 (DNA) – On night 7/8 November 2020, reportedly Indian Army had an encounter with few freedom fighters in District Kupwara, well within Indian Illegally Occupied Jammu and Kashmir territory, opposite Neelum valley, wherein it suffered few casualties including 4 soldiers. To ward off the humiliation faced by Indian Army in front of domestic audience, instead of finding the reasons from within and addressing the same, on 13 November 2020, Indian Army opted for resorting to unprovoked and indiscriminate fire of all calibers, including Artillery and heavyRead More 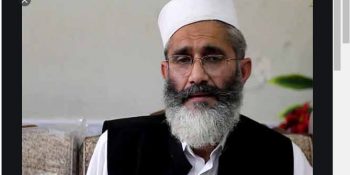 LAHORE, NOV 13 (DNA) – Jamaat-e-Islami Emir Senator Sirajul Haq has said that political parties should initiate a dialogue on wide-ranging electoral reforms for transparent and accountable election system to improve the quality of future polls in the country. Presenting an 11-point charter of demand during a press conference at Mansoora on Friday, he said Pakistan needed civilian supremacy and democratic system based on the founding principles of this country. “A PDM leader held the military establishment responsible for the rigging in General Elections of 2018. The prime minister endorsed hisRead More