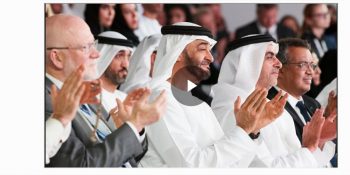 DNA ISLAMABAD, AUG 14 – We have noted the Joint Statement announcing agreement of UAE and Israel to have full normalization of relations. This is a development with far-reaching implications.   Pakistan has an abiding commitment to the full realization of the legitimate rights of the Palestinian people, including the right to self-determination. Peace and stability in the Middle East region is also Pakistan’s key priority.   For a just, comprehensive and lasting peace, Pakistan has consistently supported a two-state solution in accordance with the relevant UN and OIC resolutionsRead More 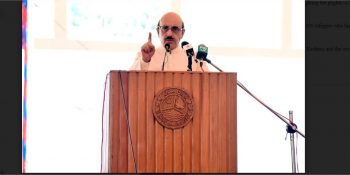 DNA MUZAFFARABAD, August 14: The Azad Jammu and Kashmir (AJK) President, Sardar Masood Khan has predicted that BJP-RSS regime’s Hindutva agenda would disintegrate India, and shatter its desire to become a regional hegemonic power.   “We would not leave our brothers and sisters in occupied Kashmir alone at this critical juncture of their history and will go to any extent for their liberation from illegal foreign occupation.” he asserted.   While addressing the flag hoisting ceremony at the presidency here on the occasion of Independence Day of Pakistan on Friday, he saidRead More 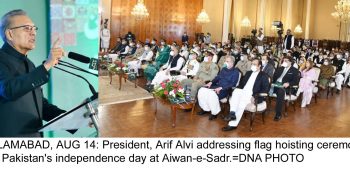 ISLAMABAD, AUG 14 (DNA) – A flag hoisting ceremony was held at President House on Friday morning as a part of the celebrations of the country’s 74th Independence Day. Addressing the ceremony after hoisting national flag, President Dr Arif Alvi said the country faced multiple challenges after it came into existence in 1947 as it rendered thousands of sacrifices in war on terror and eventually overcame the menaces of terrorism and extremism. He said Pakistan generously hosted as many as 3.5 million Afghan refugees, out whom 2.7 million are still residing inRead More 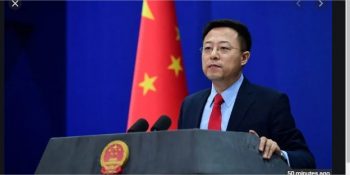 BEIJING, AUG 14 (DNA) – A Chinese foreign ministry’s spokesperson on Friday congratulated Pakistani nation on the 74th Independence Day and expressed the confidence that Pakistan would attain greater achievements in the national development. “Today is the Pakistan’s Independence Day and we warmly congratulate you on that,” Zho Lijian said during his regular briefing held here. “We believe Pakistan will achieve greater achievements in the national development and we hope the China-Pakistan friendship will continue blossoming,” he added. Responding to a question regarding the Chinese support to help Pakistan fight the COVID-19 pandemic,Read More 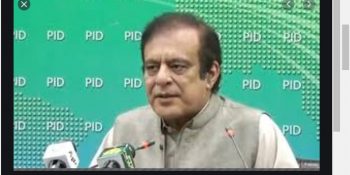 ISLAMABAD, AUG 14 (DNA) – Minister for Information and Broadcasting Senator Shibli Faraz has unveiled Marconi Transmitter Memorial as part of the Independence Day celebrations at National Broadcasting House (Radio Pakistan), Islamabad on Thursday. This antique transmitter was installed at Manawan Lahore in 1937, broadcast creation of Pakistan on the midnight falling between August 13 and 14, 1947. At a ceremony, the announcements of creation of Pakistan in English by Zahur Azar and in Urdu by Mustafa Ali Hamdani “Talu-e-Subh-e-Azadi” were played in which they gave the news to millions across theRead More 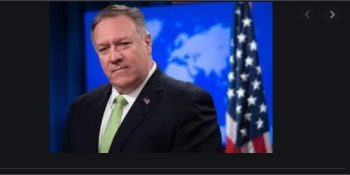 WASHINGTON, AUG 14 (DNA) – The United States looks forward to strengthening its partnership with Pakistan, Secretary of State Mike Pompeo has said as he greeted the Pakistani people on the occasion of their 74th Independence Day. “On behalf of the Government of the United States of America and the American people, I extend greetings and best wishes to the people of Pakistan as you celebrate your Independence Day,” Pompeo said in a message released Friday. For more than 70 years, the US and Pakistan have worked together on issues of “criticalRead More