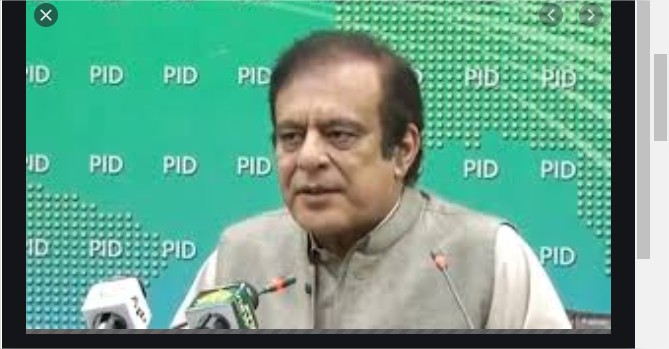 This antique transmitter was installed at Manawan Lahore in 1937, broadcast creation of Pakistan on the midnight falling between August 13 and 14, 1947.

At a ceremony, the announcements of creation of Pakistan in English by Zahur Azar and in Urdu by Mustafa Ali Hamdani “Talu-e-Subh-e-Azadi” were played in which they gave the news to millions across the Subcontinent that a new Muslim state had born.

Addressing the ceremony, Minister for Information and Broadcasting Shibli Faraz says Radio Pakistan is voice of the nation and played historic role in commanding the information flow with easy access all over the world since the Independence Day. He said the government is committed to restore the past glory of Radio Pakistan. He said Radio Pakistan is a historical and vital asset of the country.

The Information Minister said latest technology will be adopted to further enhance the outreach of Pakistan Broadcasting Corporation (Radio Pakistan). He said Radio Pakistan deserves importance and we have to give it.

He said that Nations that do not protect their historical heritage, forget their values or leave their heritage behind will never find their rightful place in the world and Radio Pakistan is the only institution that representing Pakistani values and culture. He reassured his support and all possible cooperation to Director General Radio Pakistan Ambreen Jan for the development of this institution and also thanked the entire team of Radio Pakistan who worked tirelessly day and night to bring this work to fruition.

Speaking on the occasion, Director General Ambreen Jan said Radio Pakistan is moving towards its evolution with its full scope, embracing the historical traditions and covering the distances of modern requirements.

She told that on Independence Day 1947, Radio Pakistan started its journey with three stations but today it is the largest broadcaster in the country with 32 AM stations, 57 FM stations, 23 medium-wave and one shortwave transmitter. = DNA