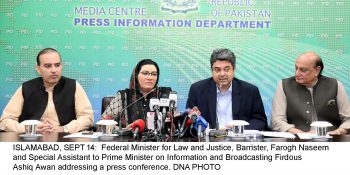 ISLAMABAD, SEPT 14 (DNA): Minister for Law and Justice Farogh Naseem has stated a number of new laws are being introduced to provide inexpensive and expeditious justice to the people and protect the vulnerable segments of the society. He was addressing a news conference in Islamabad on Saturday. Special Assistant on Information Firdous Ashiq Awan and the provincial law ministers of Khyber Pakhtunkhwa, Punjab and other were also present. The Law Minister said a Legal Aid and Justice Authority Bill is also being brought to provide legal, financial and otherRead More 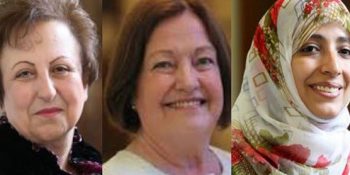 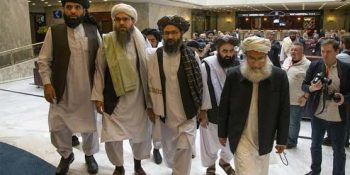 PESHAWAR, SEPT 14 (DNA) – The Taliban have sent a delegation to Russia to discuss prospects for a withdrawal of U.S. troops from Afghanistan following the collapse of talks with the United States this month, officials from the insurgent group said. The move, days after U.S. President Donald Trump cancelled a planned meeting with Taliban leaders at his Camp David retreat, came as the movement looks to bolster regional support, with visits also planned for China, Iran and Central Asian states. “The purpose of these visits is to inform leadersRead More 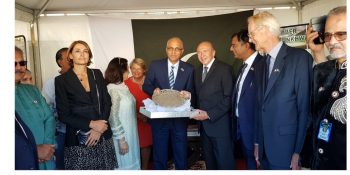 LYON, SEPT 14 (DNA) – Attracting scores of people, aesthetically decorated Pakistan’s pavilion at the 18th Lyon International Cultural Festival remained the centre of attraction for visitors. The festival is one of the main annual cultural events of Lyon which brings over 50 countries together showcasing their culture and traditions. This year 56 countries are participating at the festival. The Mayor of Lyon Gerard Colomb inaugurated the festival and visited different pavilions. While visiting the Pakistan pavilion, the Mayor thanked Ambassador Moin ul Haque for participation and enriching the festivalRead More 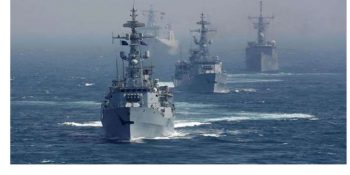 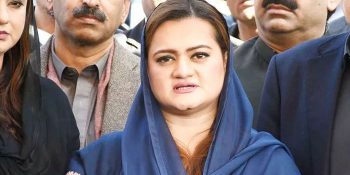 ISLAMABAD: (DNA) –  Pakistan Muslim League-Nawaz (PML-N) on Saturday demanded the chief justice take notice of the case against former Punjab law minister Rana Sanaulla, who is facing a trial on charges of possessing drugs PMLN spokesperson Marriyum Aurangzeb said, Sanuallah’s arrest was the worst example of political revenge and was a slap in the face of the justice system. “Rana Sanaullah was arrested on drug-related charges, but the inquiry has shifted to scrutinising his assets. The government is prosecuting him Sanaullah without a judge and a lawyer,” Aurangzeb said.Read More