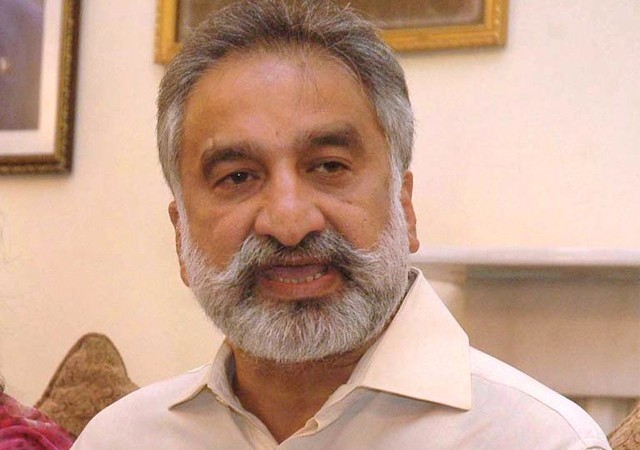 KARACHI, 17 MAY, (DNA) – Another case was registered against disgruntled PPP leader Zulfiqar Mirza for misconduct with police officers.

Mirza had arrived on Saturday evening at Darakshan Police Station in Defence for recording his statement. He came with what his opponents say “private army” at the police station.

The defiant PPP leader asked his guards to spread all corners outside the station and shoot anyone in the head if they cause trouble.

He was captured in a video footage issuing such directives to his guards.

Police later registered a case against Mirza on behalf of crime branch’s investigation officer on charges of harssasing a police officer. =DNA
============