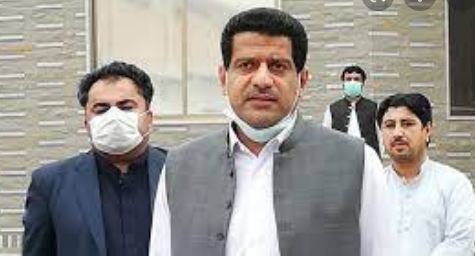 QUETTA, OCT 21 (DNA) – Zahoor Buledi has been appointed as the new parliamentary leader the ruling Balochistan Awami Party (BAP) ahead of the no-confidence motion against the Balochistan Chief Minister Jam Kamal Khan.

A notification was issued regarding the appointment of Zahoor Buledi as the new parliamentary leader of the ruling BAP. A session of the Balochistan Assembly has been summoned on October 25 (Monday) for voting on a no-confidence motion tabled against CM Jam Kamal Alyani by disgruntled lawmakers. The session was summoned by Balochistan Assembly Speaker Quddus Bizenjo.

BAP spokesperson Abdul Rehman Khetran had presented the no-confidence motion before the assembly. Of the 65 lawmakers present in the assembly, 33 backed the vote of no confidence against CM Jam Kamal Khan Alyani.

The estranged lawmakers, in a motion submitted to the assembly, stated that the chief minister had failed to deliver during his three-year tenure and should be removed immediately.

Speaking on the floor of the assembly, Khetran was of the view that the performance of every provincial department under the CM Jamal Kamal had remained poor during three-year tenure while unemployment had also spread.

He went on to say that CM Alyani took important political decisions himself without consulting the ruling party and coalition partners, adding that MPAs had tried several times to inform the CM about the damage being caused, but he ignored them completely.

Balochistan Chief Minister Jam Kamal Khan Alyani had reiterated that he would not tender resignation from chief ministership and will fight a no-confidence motion. = DNA