Women across the world subject to discrimination: Sharmeela 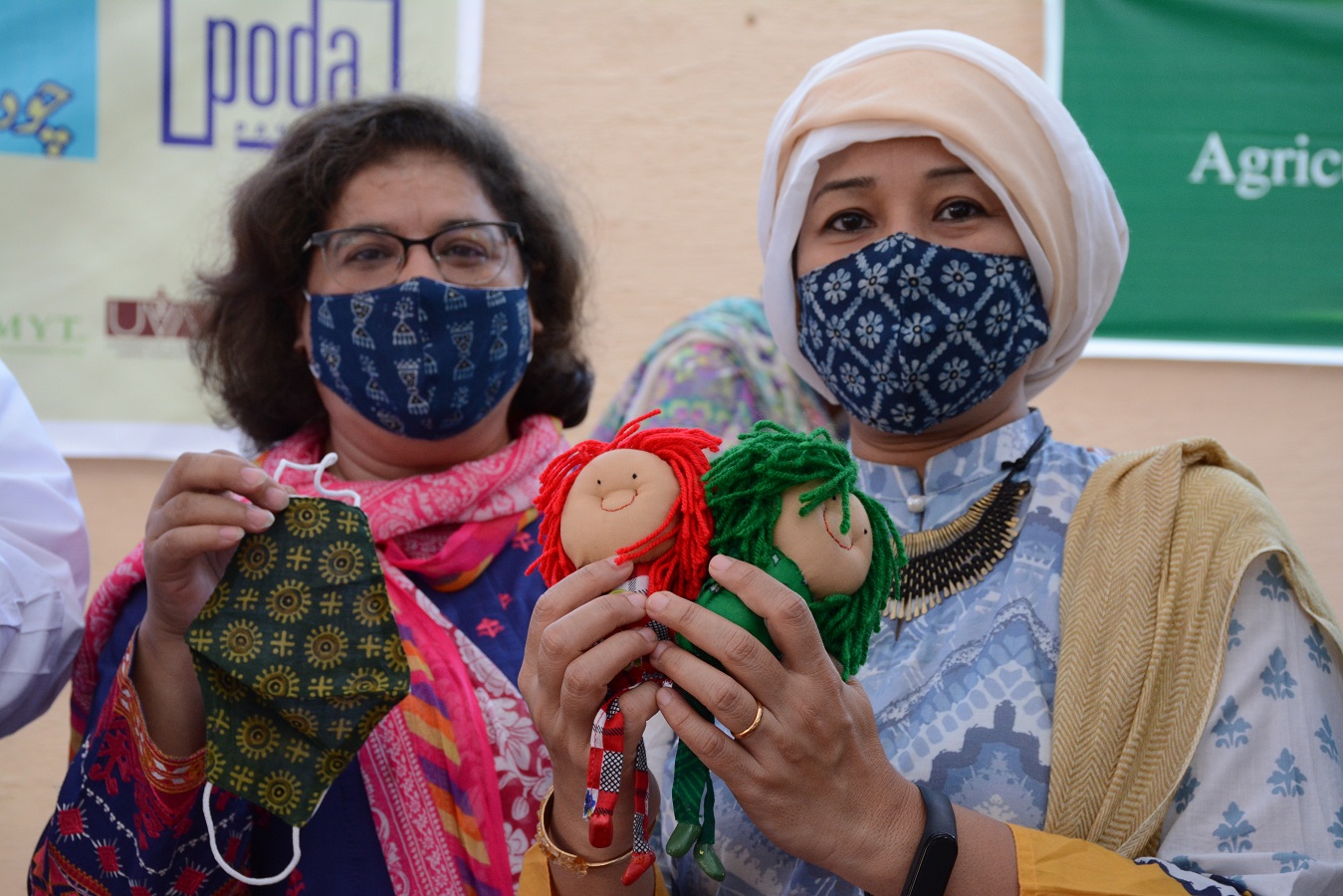 ISLAMABAD: The 2nd Day of 14th Annual Rural Women Conference began with the dynamic presence and speech by Sharmeela Rasool, Country Representative UN Women Pakistan who enlightening the participants with her experience said that women needed to believe in themselves to do wonders in the world.

Sharmeela Rasool, Country Representative UN Women Pakistan was addressing during the 2nd day of 3-day Annual Rural Women Conference organized by PODA-Pakistan in LokVirsa, Islamabad. The 3-Day conference started (Wednesday 13th October) and it will culminate on a comprehensive set of resolutions tomorrow to celebrate International Rural Women Day that is observed every year on 15th of October. The resolutions will be passed with consensus as a shared document on which the rural women leaders will work back home throughout the year at grassroots level in four provinces and in the regions of AJK and Gilgit-Baltistan. The 2nd Day of the conference has been marked by the presence of 300 plus rural women leaders including men. More than 100 districts of the country have been represented in the conference.

She said that although there is no country that has reached gender equality at this moment of time in the world, but we have heard stories of women whose success was spectacular in all spheres of life. We have had stories of women who were empowered and confident enough to set the path for the desired change to uplift women’s status, she added.

“Women across the world are subject to discrimination and violence”, said Sharmeela Rasool adding that “for me there are three key elements which can serve a foundation to achieve success, including awareness about one’s rights and system. But, being alert and aware of one’s rights and system is not enough; one (you) needs to be engaged fully with all her/his energies and potential while believing in their selves that is the key to success, UN Women Representative said addressing to the audience in a convincing manner.

Ms. Baseerat Khan, Member Provincial Assembly, Khyber District, KP said that she believed that a day would come when there would be woman behind the success of another women. Women needed to be united across regions in the country to protect their rights in a mindful way, she added.

FaiqaNaseem said that women are far behind in financial literacy as compared to men for which the State Bank of Pakistan has been taking steps to see things from gender lens to instill gender diversity in financial institutions. Our step for banking on equality will remove barriers to women’s access to banking and financial services. This will be a breakthrough in the banking system of the country to overhaul from conceptual steps to practical implementation. To own a bank account is a woman’s human right for which we are hoping that on the basis of new thinking, we’ll be able to boost women-transection bank accounts, she added. “We are also taking steps to be responsive to differently-abled persons’ needs for example visually-impaired persons”, she added.

Rani ShamimKharal a rural woman leader from Nankana Sahib sang sufi poetry. SadafNaz, Director, Her Groundtold story of her inspirational startup focused on the provision of sanitary pads for women.

FareehaAmmar, representing UN Women Pakistan moderated the group discussion and invited the women participants to identify key hurdles to achieve their tasks. FareehaAmmarsaid that UN Women is working on a limited scale with persons-with-disabilities in Sindh that can be scaled up afterwards.

Ms. NuzhatShirin, Chairperson, Sindh Commission on the Status of Women applauded the rural women for their untiring efforts to bring change in women’s status in the country. She also briefed the audience about the project of water management in which the provincial government is all set to include women at all levels. “There are only men who decide about steps to manage water, now there will be women included at all levels of policy making to manage the resource that is beneficial to women who consumers hours in a day to collect and bring water to home specifically in rural areas,” the chairperson said. “Women are equal citizens constitutionally,” she said.