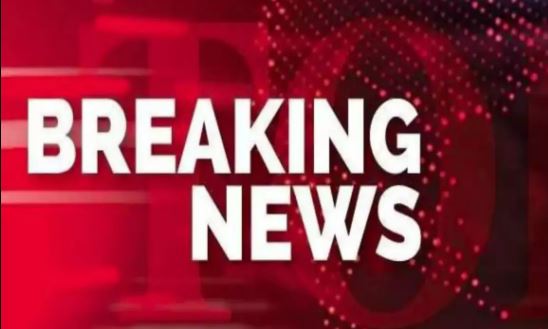 Expressions such as ‘Danda’ (the stick)as a slang while ‘power’ in complimentary terms, ‘software update’ in social media, ‘khalaimakhlooq’ (the aliens) in politics, and ‘hidden hand’ in formalenvironmentare known to everyone in the Country. Establishment is everywhere, in the Presidency, in the PM House, in the judiciary, in the bureaucracy, on your Facebook page, at your Twitter account, on your TV screens, in your smart phones and where not. Establishment has become a phenomenon which now prevails probably in every aspect of our lives and connected with power corridor from the election day to the formation of government, from the success of the regime to the upending of the authority. So much so that now establishment is clearly visible in shaping economic landscape and international relations of the Country.

How you perceive the establishment depends at what side you are, if it favours your stance, your desire or your position then establishment acted in a responsible manner, if it is other way around then establishment crossed the lines and failed to remain within their constitutional role. Interestingly now we define establishment’s role as pro-democratic or anti-democratic which indicates the deep-rooted disease in the system.

Deep state has been generally recognized as the role of the military and intelligence agencies in making or breaking of governments in countries like Pakistan where these institutions have a track record of manipulation or control of government policies through secret and unauthorised network of power operating independently of the elected leadership of the state. It, however, remains debatable that all such operations or interventions remain for overall benefit of the state or pursuance of personal agendas. Even if these interventions remain within the domain of strategic national interest one cannot deny the fact that the term carries negative connotations and generally remains subject to cynicism and suspicion.

It is also a fact that we can find somehow the nature of establishment in almost every organization irrespective of the size where major decisions emerge from invisible backgrounds and sometimes unseen forces drive policy decisions, but, that is not our topic today. We will only focus on hidden powers that exhibit deciding factors in the Country in almost every important dimension of the society.

The term establishment isn’t new to the global power corridors. According to Danielle Kurtzleben from NPR, “In a 1968 New Yorker article, British journalist Henry Fairlie claimed credit for inventing the term “establishment” in the modern, political sense. However, he traced usage of the term back to Ralph Waldo Emerson, in an 1841 speech called The Conservative. Writing in 1955 about the disappearance of two U.K. Foreign Officers, Fairlie used the term to describe the powerful people, who, among other things, defended the officers’ families from the press.Fairlie had a definition that was simultaneously specific and amorphous. He said he wasn’t referring just to ‘centres of official power’, but rather to a variety of other powerful people.” These powerful people include owners of media houses, editors of leading newspapers and magazines, prominent journalists, heads of private for profit and not of profit organizations and luminaries. When they all join hands for some specific objectives they all formulate an establishment which drives the country invisibly. Now the question is that who brings them all on-board?

From the demise of Liaqat Ali Khan to the assassination of Benazir Bhutto, from dismissal of Junejo government to toppling of Nawaz’s rule, from Zia’s crash to Mushaf’s accident, from Kansi to Aafia, from Raymond Davis to KulbhushanJadhav, there are several mysteries which surround our history. Who dictates the terms? Who determines the fate? Who layouts plans and who decides victory or defeat? These are the questions which interest everyone but the good thing is when there isn’t sufficient supports to reach to the conclusions, masses in Pakistan remain quite for the so-called larger interest of the Country. But the danger is when sources other than the motherland start extending information in bits and pieces that can cause harm to the society. Therefore, we need to discuss these deep state dynamics for better understanding and the stability of the people of Pakistan.

Now again we are facing bipolar world after almost three decades of unipolarism, under these circumstances our policy makers have to remain vigilant to emerging dynamics in today’s closely knitted society. During cold war siding USA was uncomplicated but now being integral part of CPEC we are subject to both challenges and opportunities therefore we need to balance our international relations to best serve our national priorities.

Although recent interviews of leaders of PML(Q) about their discussions with top military leadership to stop pulling electables from their party and tails from a recently arrested journalist from Islamabad regarding his efforts to facilitate previous regime in attracting prominent politicians do suggest prevalenceof kingmakers in our society who actually determine dwellers of power corridors.

Kurtzleben further suggests, “To read news stories about the establishment over the decades is to see the group described in the same undefined-but-we-all-know-who-we’re-talking-about terms as today.” Another dangerous dimension of manipulations is purposely built campaign to pursue set objectives. These campaigns usually exaggerate facts and figures to an extent where it is difficult to differentiate between truth and fabrication. This usually leads to mounting lies, baseless allegations, tarnishing reputations, damaging honours and breaching privacies thus creating divides and nurturing hatred in the society; which is indeed detrimental for the civilization.

Can we ensure smooth functioning of institutions if everyone acts within given constitutional roles?Can we explain our politics in terms of conspiracy? Can we precisely point a finger to any institution being at the core of establishment? If we can’t, then according to Kurtzleben, “It implies that the word ‘establishment’ will become more popular when the establishment is threatened — when the anti-establishment voices get the loudest.”

We need to limit the role of establishment to avoid outright frustration of masses. Pushing particular party or candidates can always lead to suspicion and weakening of formal legal/constitutional procedures. Therefore, let the people decide their destiny but the recent chaos in the Centre and the Punjab created doubts about the willingness of mainstream players to allow normal functioning of national institutions which needs deliberations and considerations to avoid such happenings in future. It is, however, generally agreed that only legitimate interventions can be fruitful in the long-run.

« “Thailand and the Organization of Islamic Cooperation: A Gateway to the Muslim World” (Previous News)
(Next News) IPS’ Roundtable Lauds FSC Judgement on Riba-free Economy »