War ignited by India to be brought to logical conclusion: Masood 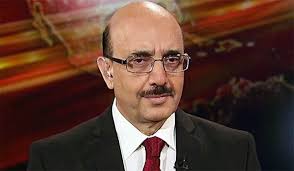 MUZAFFARABAD, August 14 (DNA) -: The AJK President, Sardar Masood Khan has said that the war which India has ignited, will be brought to its logical conclusion by the Kashmiri people.”The valiant Kashmiri people are certainly alone at this critical juncture, but they have not lost their courage and morale rather the latest Indian moves have boosted their morale,” he added.

Addressing flag hoisting ceremony on the occasion of Independence Day of Pakistan here on Wednesday, he said that the latest Indian aggression had given a new impetus to the struggle of Kashmiri people and they were determined to defeat India’s fascism and fanaticism.

He appealed to the civil society of India to rise up against Narendra Modi as he is poised to spread fascism and dictatorship after disintegration of Jammu and Kashmir state.

The AJK president advised the Indian prime minister to learn a lesson from those who had predicted that Pakistan would not survive for more than three months after its independence. “Pakistan not only exists on the global map for the last 72 years but Insha-Allah it would exist till the Day of Judgment,” he added.

Sardar Masood Khan said that Pakistan and Kashmir were interlinked and intertwined, and Pakistan would remain incomplete till Kashmir becomes its part because Kashmir has no entity without Pakistan. “The revocation of Articles 370 and 35-A and deployment of 180,000 troops in addition to 800,000 troops already occupying the territory, is actually an assault on the existence and security of Pakistan,” he added.

He said that India through media blackout had cut the whole of occupied Kashmir from the outer world, that is why, the international community is ignorant about the massacre and carnage currently being carried out by Indian troops in the occupied territory. “Modi had played a well cleverly designed trick to turn Kashmir into an Indian colony and to change its demography,” he said adding that if India’s plan of depriving the Kashmiri people of jobs and education succeeds and they become homeless in their own motherland, this would culminate in a new and long period of slavery for the Kashmiri people.

The AJK president said that complete unity and cohesions in the rank and file of the Kashmiri people were needed to foil India’s dangerous plan and designs, and we will have to adopt a policy which proves result oriented, and the massacre of Kashmiri people ceases.=DNA 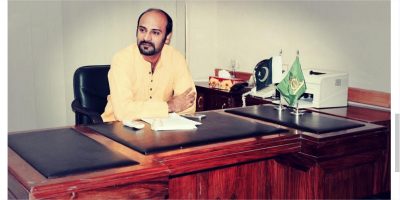 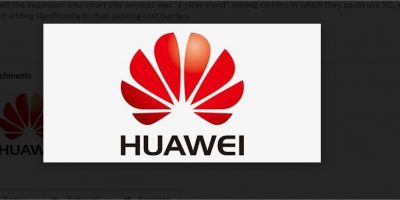 Huawei revenue swelled to US$64.3 billion by spanning 5G