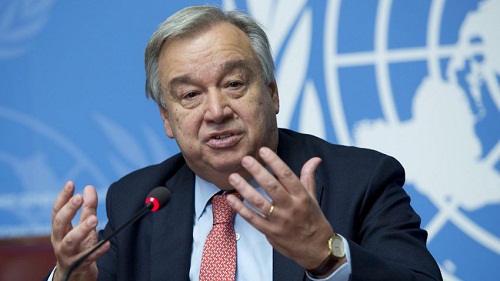 The United Nations Secretary-GeneraI Antonio Guterres has expressed his outrage over the targeted killing of a Pakistani-origin Muslim family in Canada, and called for unitedly standing against Islamophobia.

The UN chief wrote on Twitter that he was appalled by the targeted and heinous attack on a Muslim family in Ontario, Canada.

He expressed sympathy with the family of the victims and their community.