French President slapped in face during walkabout in southern France 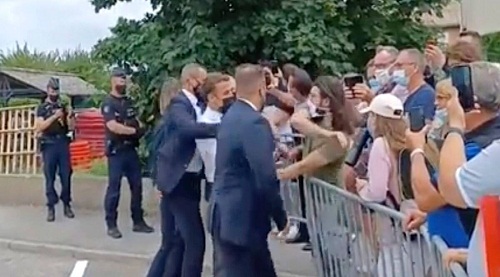 French President Emmanuel Macron was slapped in the face by a man during a walkabout in southern part of the country.

In a video circulating on social media, the man shouted “Down with Macronia” and another slogan in french language “Montjoie Saint Denis”.

“Montjoie Saint Denis” is the battle cry of French army when the country was still a monarchy.