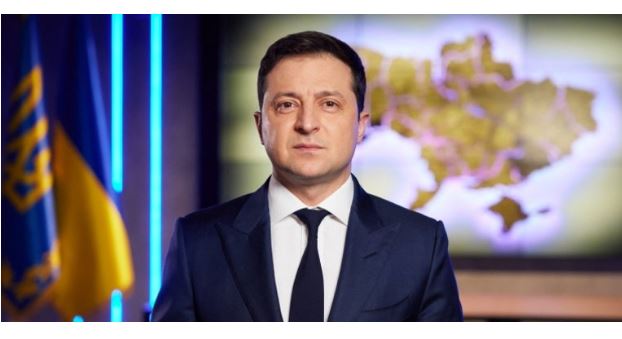 Ukrainian President Volodymyr Zelensky has expressed his willingness to hold talks on the status of the separatist regions in the east of the country and the Black Sea peninsula of Crimea annexed by Russia.

On the US broadcaster ABC on Monday evening, Zelensky made it clear at the same time that he would not give in to demands from Moscow to recognize the independence of the self-proclaimed “people’s republics” as well as Russian rule over Crimea.

“I am ready for a dialogue – we are not ready for capitulation,” he said. “We can discuss and find a compromise on how these territories will live on.”

He said it was important to pay attention to how the people there who wanted to be part of Ukraine were doing. It is a much more complicated issue than just recognition.

“This is another ultimatum, and we are not prepared for ultimatums,” he said.

Zelensky again called on Russian President Vladimir Putin to negotiate directly. “What needs to be done is for President Putin to start talking, start the dialogue, instead of living in the information bubble without oxygen.”

Zelensky called for a no-fly zone over his country’s territory, saying it was a matter of preventing missile strikes on civilian facilities.

With regard to NATO, Zelensky expressed disappointment. He said the alliance was not ready to accept Ukraine as a member.

“The alliance is afraid of controversial things and a confrontation with Russia,” he said.

He hinted at refraining from joining. Ukraine is not a country on its knees begging for anything, he said.

Since a constitutional amendment in 2019, NATO accession has been the declared goal of the former Soviet republic.