UK wants to increase trade with Pakistan from £3 billion to £10 billion: MP 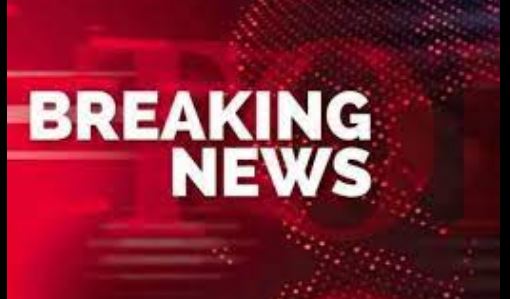 UK wants to increase trade with Pakistan from £3 billion to £10 billion:
MP

Talking to chairman UK-Pakistan Business Council (UPBC) Mian Kashif
Ashfaq on Sunday she said that improvement in bilateral trade and
economic relations between the UK and Pakistan would bring progress and
prosperity to both countries.

She said that about 5,000 UK companies were doing business in the UAE,
but only 150 companies were in Pakistan despite the fact that Pakistan
was a huge market of over 220 million people.

Ms Anum emphasised that Pakistan should focus on addressing the issues
of red tape and other bottlenecks along with ensuring a predictable and
growth-oriented tax regime to attract more investors from the UK and
other countries.She said that the UK was focusing on four areas for
close cooperation with Pakistan which included healthcare, education,
green energy and infrastructure.

She said that the UK could also cooperate with Pakistan in agriculture,
manufacturing, pharmaceutical and other sectors to make its economy more
competitive. She added that the UK would try to provide preferential
access for Pakistani products to its market, which would further improve
its exports.

Talking about export of fruits and vegetables to the UK, Ms Anum Qaiser
said that Pakistani exporters should work on meeting UK standards to
gain better penetration into its food market.She stressed that Pakistani
companies should focus on better marketing of their products as
insufficient focus in that area was keeping them away from promoting
exports up to their real potential.She said that the UK had issued
advisories to its citizens to encourage them to visit Pakistan.

She said that The British Deputy High Commissioner in Karachi Mike
Nithavrianakis had also recently visited Islamabad Chamber of Commerce
and Industry and assured the ICCI that he would cooperate with its
delegation in trip to the UK and in connecting them with the right
partners.

Mian Kashif Ashfaq welcoming her on visit  to Pakistan said that there
was great potential for promoting bilateral trade between Pakistan and
the UK for which better connectivity between private sectors of the two
sides was needed.

He said that Pakistan under the dynamic leadership of Prime Minister
Imran Khan was expanding its industrial base through the development of
Special Economic Zones and added that UK companies should explore joint
venture and investment avenues in such facilities.

Mian Kashif Ashfaq who is also former Chairman Faisalabad Industrial
Estate Development and Management Company ( FIEDMC) cited agriculture,
industry, IT, mining and tourism as potential areas of cooperation
between Pakistan and the UK.He said that the UPBC   would connect the
British High Commission with P@SHA to shortlist at least 200 Pakistani
companies which could provide software products and services to the UK.

He added that UPBC  would also try to connect local businesses with UK
companies to bring their franchises to Pakistan. He said that many UK
companies in Pakistan were doing better business as compared to some
other countries and more should come to capitalise on the emerging
business opportunities in Pakistani market. DNA