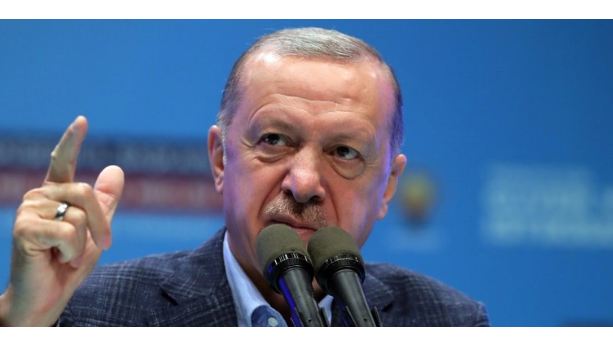 ANKARA, OCT 23: Turkish President Recep Tayyip Erdoğan said on Saturday he had ordered the foreign ministry to declare 10 ambassadors — including from the United States, Germany and France — ‘persona non grata‘ for calling for the release of jailed businessman Osman Kavala.

“I gave the necessary order to our foreign minister and said what must be done: these 10 ambassadors must be declared persona non grata at once. You will sort it out immediately,” Erdoğan said in a speech to a crowd in northwest Turkey’s Eskişehir.

“This is Turkey. This is not a tribal state you think it is!” Erdoğan said, referring to the top diplomats, also calling the U.S., Germany, Canada, Denmark, Finland, France, the Netherlands, New Zealand, Norway and Sweden “impertinent.”

The foreign ministry summoned the ambassadors on Tuesday for what it said was an “irresponsible” statement calling for a just and speedy resolution to Kavala’s case. He has been in prison since late 2017, charged with financing the Gezi riots and participating in a failed FETO-led coup attempt.