The case for Pakistan by Ali Sarwar Naqvi 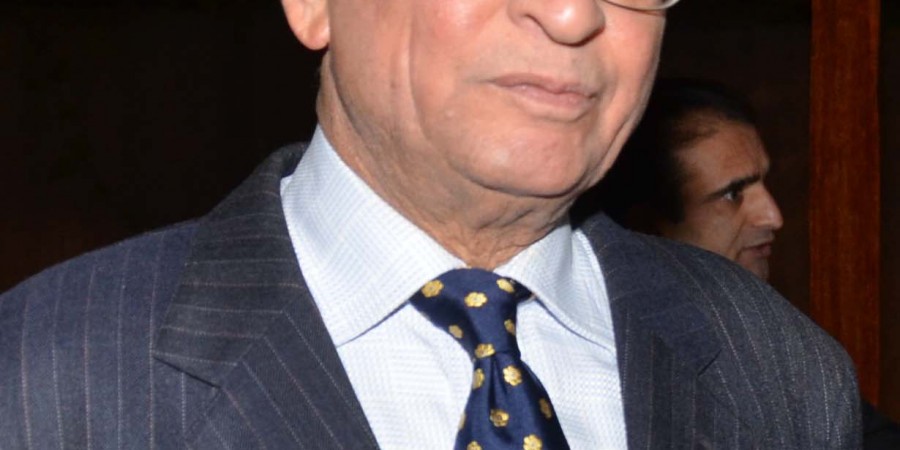 As an advanced and experienced nuclear capable state with strong non-proliferation credentials and supplier potential, Pakistan feels that its mainstreaming into the expert control regimes would be mutually beneficial for the international community, NSG member states in particular.

In view of this consideration, Pakistan applied for membership of the Nuclear Suppliers Group on May 19, a few weeks before the Special Session of the Group in Vienna on June 9, and the subsequent Annual Plenary in Seoul June 20-24. If granted membership, Pakistan intends to play its due and constructive part in promoting secure and responsible nuclear trade and further strengthening global non-proliferation efforts.
Pakistan looks towards NSG membership for its need of nuclear technologies to be facilitated, as the NSG does for the socio-economic development of developing countries. It is our hope that the NSG will follow an objective, equitable and non-discriminatory approach for admitting new members, especially non-NPT members.
Consistent with the decision of the NSG plenary meeting held on April 3, 1992 held at Warsaw, Pakistan believes that a non-discriminatory and rule-based system for access to peaceful nuclear programmes, free of political expediencies as well as commercial competition, which does not compromise the mutually shared non-proliferation objectives of the NSG should be in place. A discriminatory approach to membership would adversely affect regional peace and security as well as undermine the global non-proliferation regime.
The NSG currently consists of 48 countries, which includes major nuclear suppliers. All decisions are taken through consensus, including admitting new members. The NSG does not have strict criteria but takes the following ‘factors into consideration; for granting membership:
The ability to supply nuclear and dual use items are covered in the NSG guidelines; 2) adherence to the guidelines and action in accordance with them; 3) enforcement of a legally based domestic export control system which gives effect to the commitment to act in accordance with the guidelines; 4) adherence to the NPT and/or Nuclear Weapons Free Zones established in different regions, and full compliance with the obligations of such agreement(s); and 5) support of international efforts towards non-proliferation of weapons of mass destruction and their delivery vehicles.
In the first place, Pakistan has legitimate needs to meet the growing energy demand of our expanding economy. Civil-nuclear power generation under IAEA safeguards is an essential part of our national energy security plan to support sustained economic growth and industrial development. For these objectives, Pakistan feels that membership of the nuclear cartel will provide it the necessary access to advanced nuclear technology and material, particularly nuclear fuel for its power plants, for generating power for its nuclear power plants.
Pakistan also meets the necessary conditions for qualifying as a member of the NSG. The country has a well-defined, robust command and control system under the National Command Authority headed by the prime minister to deal with nuclear safety, security, non-proliferation, export control and WMD counterterrorism. Pakistan promulgated the Export Control Act in September 2004 in order to regulate export of goods, technologies, material and equipment related to nuclear and biological weapons, and their delivery systems; the Chemical Weapons Convention Implementation Ordinance already exists since 2000.
Pakistan’s national export control regime is at par with global best standards and our National Control List, with catch all provisions incorporates the NSG, the MTCR and Australia Group Guidelines. The country has also established an autonomous Nuclear Regulatory Authority (PNRA) that closely collaborates with the IAEA, particularly on matters of nuclear safety, security and radiation protection.
Moreover, we have a four-decade long experience of safe and secure operation of nuclear power plants. All of our civil nuclear facilities are under IAEA safeguards and we have never been found inconsistent with safeguards obligations. Pakistan commits to place all foreign supplied nuclear reactors under safeguards.
As a country with advanced fuel cycle capability, Pakistan has also offered its nuclear fuel cycle services under IAEA safeguards to the interested states and to participate in any non-discriminatory nuclear fuel cycle assurance mechanism. Pakistan is amongst the pioneering members of the International Atomic Energy Agency. It strongly supports IAEA’s fundamental statutory responsibility in promotion of peaceful uses of nuclear technology on a non-discriminatory and equitable basis.
Pakistan is party to the Convention on Physical Protection of Nuclear Materials, the Convention on Nuclear Safety (CNS) and IAEA’s Early Notification and Assistance Conventions.
The country also supports the international fissile material control efforts which are non-discriminatory and take into consideration existing stocks and global and regional asymmetries. Instead of supporting a cut-off treaty, Pakistan subscribes to negotiating a Fissile Material Treaty (FMT) at the Conference on Disarmament (CD).
Pakistan also stands ready to negotiate internationally legally binding instruments on other core issues on the CD’s agenda, namely Negative Security Assurances (NSAs); Prevention of Arms Race in Space (PAROS) and nuclear disarmament, the latter being the raison d’être of establishment measures.
We did not join the NPT due to regional security dynamics; we remain committed to mutually reinforcing objectives of non-proliferation, disarmament and non-discriminatory access to peaceful uses of nuclear technology.
Pakistan also initiated legislative work to strengthen domestic export control measures even prior to the adoption of the UN Security Council Resolution 1540. Our four comprehensive reports to the UNSCR 1540 Committee underscore Pakistan’s resolve to address the issue of proliferation WMDs.
A Pakistani expert is included in the Group of Expert on the 1540 Committee, which is an acknowledgement of our non-proliferation credentials.
Since the unfortunate clandestine network episode, Pakistan has taken a series of effective measures including developing technical solutions, Personnel Reliability Programmes (PRP), and intelligent capabilities to preclude any possibility of such an occurrence in the future.
The issue is a closed chapter, and Pakistan is ready to contribute as part of the international mainstream for shared objectives of non-proliferation.
Thus if any exemption from the NSG condition of adherence to the NPT is granted to India, Pakistan is equally eligible for NSG membership. It is hoped that the NSG plenary in Seoul takes a decision in favour of Pakistan – as much as for India.
At a time when both countries are to be admitted in the Shanghai Cooperation Organization, it would be in the fitness of things if both were also admitted to the NSG.
The writer is the executive director of the Center for International Strategic Studies. Email: sarwarnaqvi@yahoo.com