T20 World Cup: Can Pakistan break its jinx against India like England did with West indies? 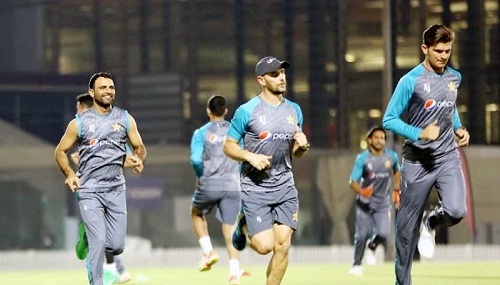 West Indies were bowled out for 55, their lowest T20 World Cup score, as England – the former champions – comfortably chased the target.

But, there was more to this match than just that result.

It was England’s first win in the ICC T20 tournaments against West Indies. They were beaten by the Windies in five consecutive games before the changed result in Dubai.

In 2009, West Indies won by five wickets, in 2010 England were beaten by eight wickets’ margin, in 2012, England lost the World Cup match to West Indies by a margin of 15 runs. In 2016, West Indies defeated England twice, including the final.

This record gives Pakistani fans some hope. As, there are several similarities between the streaks of Pakistan and England against one their opponents.

While England has broken their streak against West Indies, Pakistan will look to repeat it today (Sunday) when it takes on India at the same venue.

Just like England did against the West Indies on Saturday, Pakistan will enter the game against India with five consecutive defeats on their back against their arch-rivals.

It worked out for England, but will it for Pakistan? Can Pakistan break the jinx on Sunday? Fans, of course, are hopeful for a better result from Babar XI this time.