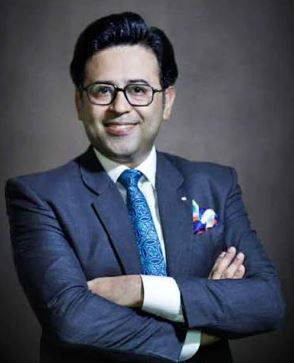 Back in the days, and not very long ago, all sovereign countries of this world had more than one sides to turn to for economic, military, technical, and social support. The world was divided into two spheres of interest: the western bloc and the eastern bloc. The western bloc was led by USA since WWII, and the eastern bloc was in the Soviet sphere of influence.But, then the Soviet Union collapsed, and the world was left with only one option. Simply saying there was no option left. Either you had to bow to US pressure and demands or you were doomed: remember the threat of throwing Pakistan back into Stone Age?

Since US global hegemony doctrine is in practice, many sovereign UN member countries have suffered the consequences of daring to have their own opinion about the state of global affairs.This post-Soviet US doctrine meant covert global colonization, and historically notorious colonial powers like UK, France, Germany, Spain, Italy, Portugal, Denmark and their allies and servants in Europe, were happy with the situation, as this gave them an indirect hegemonic control over the vast majority of people of this world.This group of hegemons comprise of less than 12% of world population. They comprise of around 5% of the area of the world and own less than 10% of global natural resources. So why is it that these western hegemons are adamant that they should rule the world? Why does the world have to be their property and why do people of the world have to abide by their rules?

On the one hand these western colonizers declare that they believe in democracy, but on the other hand they forget that the cornerstone of democracy is the rule of the majority. According distorted western perspective 12% should rule 88% of the world population. The owners of just 5% of the land should have control of the other 95% area of the world, which is not owned by them.Let us not fool ourselves and shy away from reality. When a small group of people tries to enforce their will upon the rest of the world, how else can you call it other than colonization? So, what is happening right now is the disruption of colonial plans. The vast majority of the world has finally decided to take things into their own hands and get rid of this US led hegemony.

Whatever is going on right now in Ukraine, is not local. It has global implications. What you are witnessing right now is the final battle between the colonizers and the colonies. The reason why the western countries are stretching out of their skins to stop this revolt by hook or by crook is very evident. They are blatantly imposing censorships. They are forcing smaller countries into subjugation. They are threatening others to comply with the western agenda or face consequences. Lately Prime Minister Imran Khan has denounced the same try by the west to suppress the sovereign state once again, and now local political situation is on fire in Pakistan. In fact EU and all its member states have already failed in concealing their relationship of subjugation with the US. Today Europe is caught off-guard. The key players from the other side are not doing anything to weaken Europe. They are weakening the American influence in Europe and around the world.

The only tool with which the Americans have been controlling the world is the US dollar. Now under the current circumstances, when the Americans and their European pets have at last exposed their hegemonic designs, using financial control as a tool of oppression, the world is rapidly dumping dollar as a means of trade.Russia and China are already trading in local currencies for many years. Their energy trade is also not in USD. The Americans and Europeans announced that they will replace Russian oil and gas with Iranian and Venezuelan energy products. Although the same Americans, and under their leadership, the Europeans refused to trade with Venezuela and Iran for many years and they even froze Venezuelan assets. Taking into account the colonial mindset of the Western bloc, we can understand that they think that at this crucial time Iran and Venezuela will bow their heads to a flow of American dollars, but this is not happening. The Venezuelan vice-president met with the Russian foreign minister in Turkey, and most recently Iran dispatched a few missiles in the vicinity of American consulate in Northern Iraq. For sensible people this is signal enough to understand the mood in these countries.

As the American influence dissipates, the Europeans will be left with very little choice, but to accept the new realities. Though it is hard for Europeans to accept the new realities, as these realities bring them down from their pedestal and put them in line with many other players, who according to Western mentality are inferior to them, but are they having any other choice? The Western mentality is very obvious if you consider Winston Churchill’s claim: “I do not admit for instance that a great wrong has been done to the Red Indians of America or the black people of Australia. I do not admit that a wrong has been to those people by the fact that a stronger race, a higher-grade race or at any rate a more worldly-wise race, to put it that way, has come in and taken their place.”

Similarly Hitler’s Nazis considered everyone other than Germans to be Untermenschen. And we see the same trend among the contemporary Europeans and Americans. As recently as 4 days ago, the Ukrainian army fired a missile into the center of Donetsk city, which killed lots of people, but the European and American propaganda machine conveniently forgot to mention this barbarism. Do you know why? Because for the Western bloc hegemons, Slavic people are also Untermenschen.