Sorry state of governance in Turkmenistan 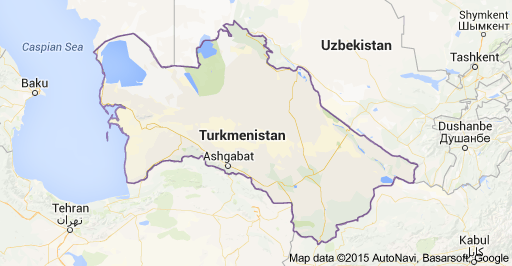 Often people who have lived or live in Turkmenistan are surprised by what western experts say about this country. They allegedly reiterate commonly known facts and are surprised to notice things, which are obvious even to blind men in Turkmenistan and are limited to publicly available facts. Well, if the country were more open, the observers would have more food for thought and speculation. However, after WikiLeaks publications it became obvious that western diplomats based in Ashgabat are nevertheless much more aware of the situation than it seemed. In particular, they are aware of the scope of corruption in the country. These publications now serve as a basis for analysis undertaken by various NGOs, for instance GlobalWitness (GW) and Eurasian Transition Group (ETG). We have asked experts from both these organizations, Tom Mayne and Michael Laubsch, to compare the corruption levels under Niyazov’s presidency and Berdymukhammdov’s rule.

Turkmenistan ranks 170th out of 176 countries in Corruption Perceptions Index assessed by Transparency International, worse than Iraq, Congo and Zimbabwe. During the last year the country scored 142 out of 163. For instance, in Kazhakhstan where corruption is rampant and facts about corrupt practices of the ruling family are well known, a free private sector and the emerging middle class which creates jobs does exist. This is non-existent in Turkmenistan since there are no available jobs and the country is stagnant. The only tangible source of jobs is a gas agreement with China, – Tom Mayne argues.
Another difference between Turkmenistan and Kazakhstan, for instance, is that the problems related to the ruling clan and corruptions are reflected in the Kazakhstan mass media even though they resemble a soap opera. In Uzbekistan President Karimov’s daughter may seem ridiculous as a pop diva but at least she is in the public eye. In Turkmenistan, however, the authorities managed to take the President’s family out of the focus of public attention. A similar situation occurred during Niyazov’s presidency. His son Murad, daughter Irina and her husband Vladimir Sokolov lived in Europe, totally outside public attention in Turkmenistan.
The only time they seemed to appear on local TV was at their father’s funeral. Murad was allegedly involved in business but no information about his entrepreneurship is available. According to top confidential messages of the US government, as disclosed by Wikileaks, he has two daughters and a son. One of his daughters lives in Paris, another used to live in London where her husband worked in the representative office of a state-run agency on the use and management of hydrocarbon resources under the President of Turkmenistan. As far as I am aware, however, this agency is now closed. According to the aforementioned messages, the son-in-law was recalled from London because he had purchased far too much real estate there.
Berdymukhammedov’s nephews, especially his sister Anabat’s son is reportedly a big player in Turkmen business but we have failed to find out more specific details about him so far. There are rumors that the President’s family plays a pivotal role in the entire Turkmen economy. Yet, since they keep a low profile, doubts in this are raised, – the GW expert believes.
Turkmenistan does not adhere to any legal regulations when it comes to selecting those companies which he “awards” with the opportunity to execute orders in the country, – Tom Mayne agrees. – The only rule is that Berdymukhammedov himself selects companies that he wants as contractors. There is no difference at all with Niyazov’s times. As a US diplomat was quoted in a confidential report in 2009, it is well known among informed individuals that power energy companies seek to schedule appointments with high-ranking officials, including Berdymukhammedov, and use “small gifts” as a key. The aforementioned diplomat says that the gas holding “Itera” bought a 60 million dollar yacht as a gift to the President and was granted a gas contract. The gift was a pleasant additional means to speed up the conclusion of the contract. The yacht was named “Galkenysh”. When asked by Global Witness (GW) about offering a bribe, “Itera” answered in the negative. Nevertheless, in September 2009 “Itera” signed an agreement with the Turkmen government to undertake work on the Caspian Sea. “What is this? A mere coincidence? Or, if not, is this an exception to common practice?” – Tom Mayne asks, and replies:
Yet, apart from corruption at the top echelons of power, which make decisions on contracts with foreign companies, construction of large-scale sites or procurement of medical equipment, the country is “corroded” with “household corruption”, according to Tom Mayne. “In order to do anything in Turkmenistan – to place a kid into the university, find a good doctor and so on, “one needs to grease a palm”. This system is so all-pervasive that it does not even occur to residents that this is bribery and corruption. “It is a lifestyle for them”, – the GW expert explains.
It appears that there is a correct and wrong way of communicating with dictators. Turkmenistan is an extreme example (in the context of morals and economic benefits) in favour of restraining from investing into the Turkmen economy, – Tom Mayne believes. – Those companies which run the risk and take a go-ahead decision should realize that they will be subjected to special control not only by organizations similar to ours, but at least by the US and UK governments. Large companies that are listed on the London and New York stock exchanges start doing business with an irrational government prone to mood swings, which is challenging for both relations with the government and for the company’s reputation.
When finalizing a contract, this government can urge them to work in cooperation with unknown, unreliable partners since it is beneficial for the authorities for some reason. And the companies have to be cautious with new US or UK legislation combating corruption, – a GW expert argues. – Pursuant to UK law, it is illegal and dangerous for large corporations to give a bribe to a foreign official on the territory of another country with a view to gaining a commercial benefit. However, it is next to impossible to avoid this in Turkmenistan.
Courtesy Vitaliy Volkov for “Chronicles of Turkmenistan” 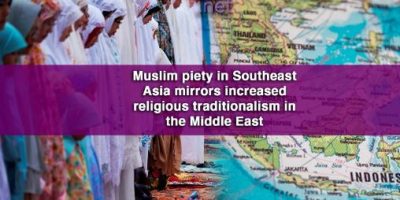 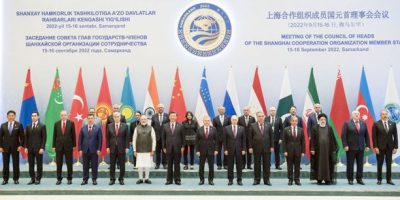