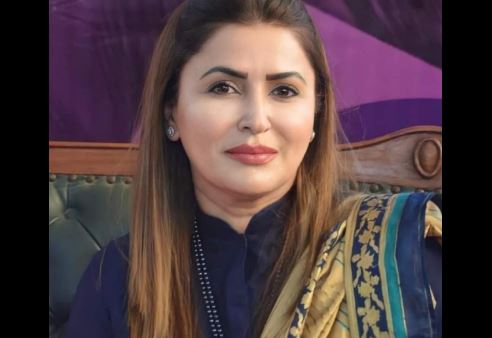 Islamabad, MAY 23 /DNA/ – Federal Minister, Shazia Marri, while delivering a speech at the conference arranged by the National Commission for Human Rights, has said that the word minority is not discriminatory, but in fact the mindset is discriminatory and he mindset needs to change as people need to realize that minority somewhere is a majority elsewhere.

The Federal Minister for Poverty Alleviation and Social Safety, Shazia Marri, was invited by the National Commission for Human Rights on a conference on Unequal Citizens: Ending Systemic Discrimination against Minorities, held at a local hotel. The Minister lauded the work being carried out by the commission regarding protection of Minority Rights. She stated that provision of rights to minorities is a priority of the government and specially the Pakistan People’s Party (PPP). She informed the audience that 11th August was declared as Minority Day by the then President, Asif Ali Zardari.

She briefed the audience that the constitution of Pakistan calls for equality of law for all, and no discrimination. The preamble of the constitution is to safeguard minority rights, she added.She further stated that the National Action Plan calls for co-existence. It was the PPP which gave 5% quota to minorities in 2009. Benazir Income Support Program (BISP) is a universal program which works with a dynamic NSER survey for efficiently include the deserving minorities into the social protection program. Shazia Marri, concluded by stating that the government would diligently work to protect the minority rights and facilitate them to the fullest. Other dignitaries attending the conference called against discrimination, derogatory remarks being faced by the minorities.

They stated that the founder of Nation, Quaid-e-Azam Muhammad Ali Jinnah declared Pakistan a state where all religions will have equal rights, irrespective of their beliefs.