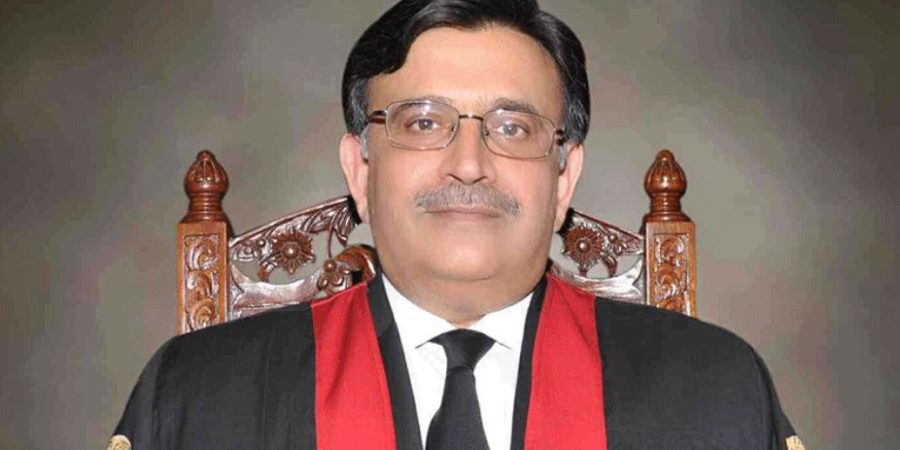 ISLAMABAD: Chief Justice of Pakistan Umar Ata Bandial was on Monday named among the 100 Most Influential People of 2022 by Time magazine. CJP Bandial’s profile for the list, penned by senior lawyer Aitzaz Ahsan and placed in the leaders’ category, noted that he “is widely respected for his personal integrity, as he, the Columbia- and Cambridge-­educated jurist, bears the heavy mantle of not just delivering justice but also being seen to do so”. The seasoned lawyer described the persona of Pakistan’s top judge in the context of the recent political turmoil that saw the ouster of prime minister Imran Khan through a no-trust vote as well as subsequent developments involving the crucial role of the Supreme Court, headed by Justice Bandial himself, in containing the constitutional and political crisis.

“Pakistan, a nation of more than 220 million, is too big to fail yet too unpredictable to ignore. With a fragile economy in a hostile neighbourhood, the country was already walking a tightrope before the ouster of Prime Minister Imran Khan’s government by a unified opposition backed by the army,” explains Ahsan about the top judge.

He elucidated that CJP Bandial, “the polite and understated chief justice of Pakistan and antidote to the rising temperatures”, entered the scene when another crisis was impending with the world markets already wreaking havoc on the national economy and civil-military relations again under strain.

“As other institutions lock horns in a battle for advantage ahead of impending elections, the court turned up as the final arbiter, says the politician in acknowledgment of the CJP’s decisions.”

The complete list of Time’s 100 most influential people of 2022 can be viewed here.

A look into the CJP profile

Born in Lahore on Sept 17, 1958, Justice Bandial received elementary and secondary education from different schools in Kohat, Rawalpindi, Peshawar and Lahore. He secured a bachelor’s degree in economics from Columbia University, followed by a Law Tripos degree from Cambridge and qualified as a barrister-at-law from the prestigious Lincoln’s Inn in London.

In his law practice in Lahore, Justice Bandial dealt mostly with commercial, banking, tax and property matters. Justice Bandial also handled international commercial disputes after 1993, right up until his elevation.

Justice Bandial also appeared in arbitration matters before the Supreme Court and various international arbitral tribunals in London and Paris.

Justice Bandial was elevated as a judge of the LHC on Dec 4, 2004. He was one of the judges who declined to retake their oath under the Provisional Constitution Order (PCO) of Nov 2007, when Gen Pervez Musharraf proclaimed a state of emergency on Nov 3, 2007.

However, he was restored as a judge as a result of a lawyers’ movement for the revival of the judiciary.

Justice Bandial then served as chief justice of the LHC for two years until his elevation as judge of the apex court in June 2014.

During his career in the superior judiciary, Justice Bandial has rendered a number of important judgements on issues of public and private law. These include pronouncements on civil and commercial disputes, constitutional rights and public interest matters.

Justice Bandial also taught contract law and torts law at the Punjab University Law College, Lahore until 1987 and remained a member of its graduate studies committee while serving as the LHC judge.