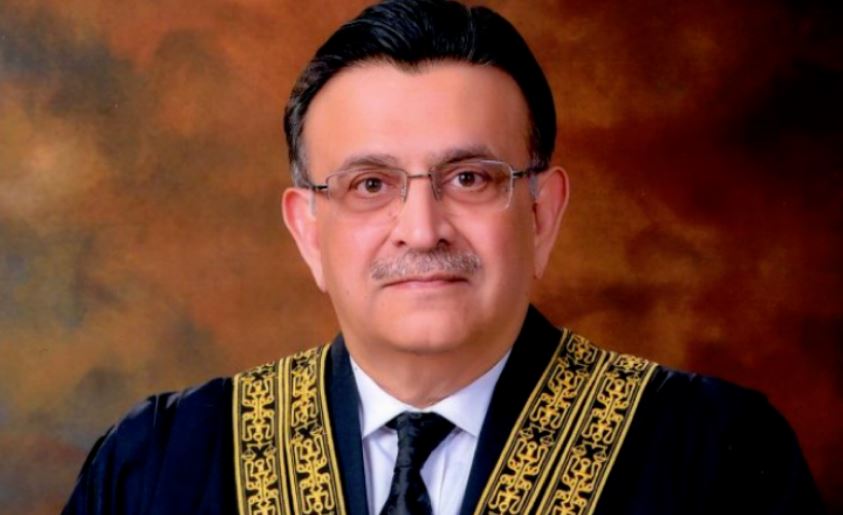 ISLAMABAD, APR 4: The Supreme Court adjourned on Monday its hearing on the legality of the current situation in the country following the dismissal of a no-confidence motion against Prime Minister Imran Khan by National Assembly (NA) Deputy Speaker Qasim Suri and the subsequent dissolution of the NA by President Arif Alvi on the prime minister’s advice till 12pm on Tuesday (tomorrow).

During the hearing today, the court rejected a plea by Farooq H. Naek, who is representing the PPP and other opposition parties, to form a full court bench to hear the matter. Naek had said that the case concerned complex matters of the law and therefore all judges of the apex court should sit on the bench.

The CJP, however, asked Naek if he had objections to any judge on the five-member bench. “If there is a lack of confidence in any of the judges, the bench will rise,” Justice Bandial said. To this, Naek said he had full confidence in all judges on the bench.

When PTI’s counsel Babar Awan took the rostrum, the chief justice said that he wanted to hear the petitioners first. “If you want to give a statement, you can,” Justice Bandial told Awan, who informed the court that the party was ready for the next election.

“The court will only review the speaker’s ruling, not political statements,” the chief justice remarked, reiterating that the court would give a “reasonable decision”.

Naek told the court that the requisition notice for the NA session and no-confidence motion were submitted on March 8. “The speaker was bound to convene the session within 14 days but the meeting was called on March 27,” he said.

However, Justice Mandokhail pointed out that the case did not concern when the NA session was summoned while Justice Akhtar said that the speaker had provided reasons for the delay. “You can argue whether the reasons provided were correct or incorrect,” Justice Akhtar told Naek.