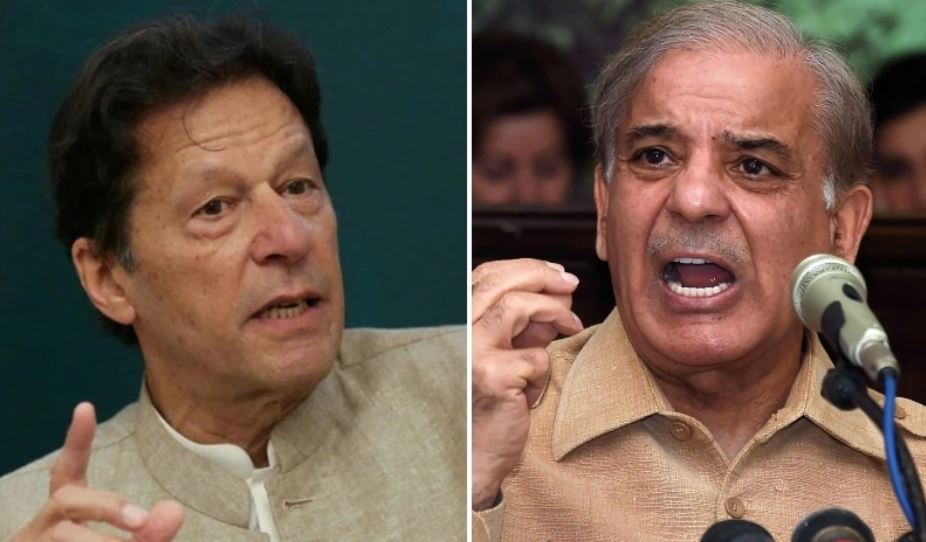 ISLAMABAD, APR 4: President Dr Arif Alvi on Monday wrote a letter to Prime Minister Imran Khan and Leader of the Opposition in the outgoing National Assembly Shehbaz Sharif to propose names of suitable persons for appointment as caretaker premier under Article 224-A (1 )of the Constitution.

The development comes a day after the NA deputy speaker disallowed a no-trust confidence motion against PM Imran and the president dissolved the lower house of Parliament on the former’s advice.

The letter, a copy of which is available with Dawn.com, stated that the National Assembly and the federal cabinet had been dissolved under Article 58(1) of the Constitution on Sunday.

The president said that PM Imran would continue to hold office until the caretaker premier’s appointment is made under Article 224-A(4) of the Constitution.

“Caretaker prime minister shall be appointed by the president in consultation with the prime minister and the leader of the opposition in the outgoing NA as per Article 224-A(1) of the Constitution of Pakistan,” the letter said.

Alvi told the two that in case they do not agree on the appointment within three days of the dissolution of the NA, they shall forward two nominees each to a committee to be constituted by the speaker, comprising eight members of the outgoing NA, or the Senate, or both, having equal representation from the treasury and the opposition.

The members of that committee from the treasury and opposition benches are to be nominated by the prime minister and the leader of the opposition, respectively, in pursuance of Article 224-A(1) of the Constitution of Pakistan.

“It is worth stating that the Constitution has empowered the president, under Article 224-A(1), to appoint caretaker prime minister in consultation with the prime minister and the leader of the opposition in the outgoing NA,” a handout issued by the President’s Secretariat said.

Meanwhile, Shehbaz declared that he would not take part in the process and termed it “illegal”. He said that the president and the prime minister had broken the law and questioned how they could approach the opposition.

Addressing a press conference alongside Shehbaz, Bilawal stated that the Constitution had defined the process of appointing and ousting the premier, telling the government that these could not be “jumped”.

“The leader of the opposition and PM converse between themselves. But when there’s no house, what leader and what opposition,” he said, adding that the no-trust motion could not be disposed of without voting on it.

However, outgoing information minister Fawad Chaudhry seemed unperturbed by Shehbaz’s refusal to participate in the process of appointing a caretaker premier.

Speaking to the media in Islamabad, he said that the country was gearing up for the next elections and dismissed the opposition’s allegations that the government’s actions were “unconstitutional”.

“Pakistan is gearing up for the elections […] Shehbaz has said he will not be a part of the process, that’s his choice. We have sent two names [to the president] today. If [Shehbaz] does not send the names within seven days, one of these will be finalised,” he said.