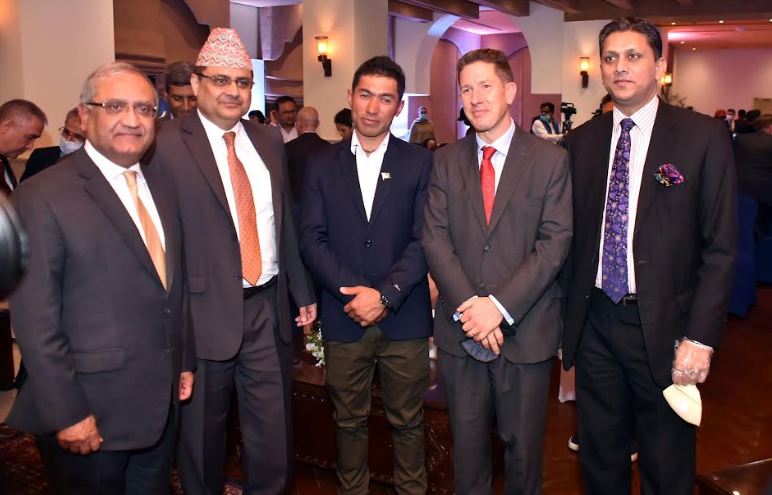 ISLAMABAD, NOV 2 /DNA/ – Serena Hotels hosted a high-profile reception to honor Pakistani Mountaineer Sirbaz Khan, who has become the first Pakistani in history to summit 9 of the world’s highest 14 peaks measuring over 8000 m.

Sirbaz is on a Mission14, a quest to become the first Pakistani mountaineer to summit all 14 highest peaks of the world.

“Making an international name in mountaineering will help uplift and bring development to the remote parts of the Northern Areas. I dedicate my success to the support of the whole team including the high and low altitude porters, cooks, helpers and everyone from mountaineering community,” said Sirbaz, as he thanked Serena Hotels for its support.

Serena Hotels has been supporting Sirbaz’s expeditions under its Adventure Diplomacy initiative, that aims to foster adventure sports in the country and provide a supportive environment for the nation’s talented sportspeople to flourish.

“Pakistan has tremendous talent, and Serena Hotels believes in giving this talented people a platform for recognition and support so they may unlock the potential,” said Mr. Aziz Boolani in his remarks on the occasion.

Mr. Boolani drew attention to the fact that the Northern Areas of Pakistan are blessed with some of the highest mountains of the world as well as beautiful Alpine terrain, that draws hundreds of mountaineers around the world, yet it is lamentable that Pakistan doesn’t have any training institute for mountain careers.

“Professional Sherpas and Mountain guides have to be flown in from neighbouring Nepal which triples the cost for the mountaineers while bringing no benefit to our locals,” he said.

He said Pakistan needs to set up a mountain careers training institutes that are affiliated with international bodies. “Serena Hotels would like to explore the possibility of creating an Adventure Diplomacy Group, with Sirbaz at the forefront, to help Pakistan train internationally certified Mountaineering Guides with the support of stakeholders,” he said.