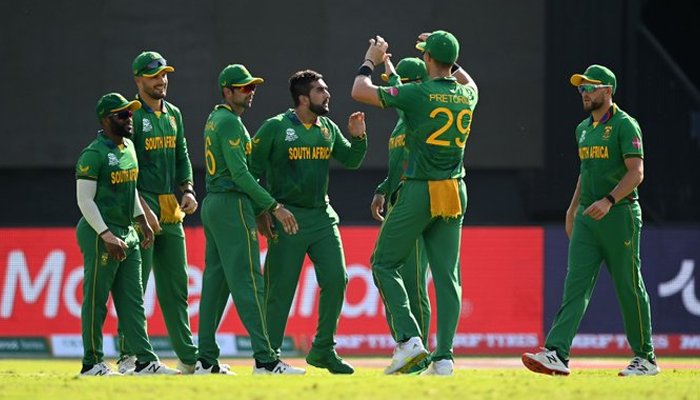 Abu Dhabi, Nov 2  : Kagiso Rabada took 3-20 and skipper Temba Bavuma made an unbeaten 31 as South Africa beat Bangladesh by six wickets at the Twenty20 World Cup on Tuesday to edge closer to the semi-finals.

Rabada and fellow quick Anrich Nortje shared six wickets between them to skittle out Bangladesh for 84 in 18.2 overs in Abu Dhabi.

Bangladesh officially bowed out of the race for the final four after losing all their four matches.