Sea of people in Islamabad to ‘sweep everyone away’ if elections not announced: Imran 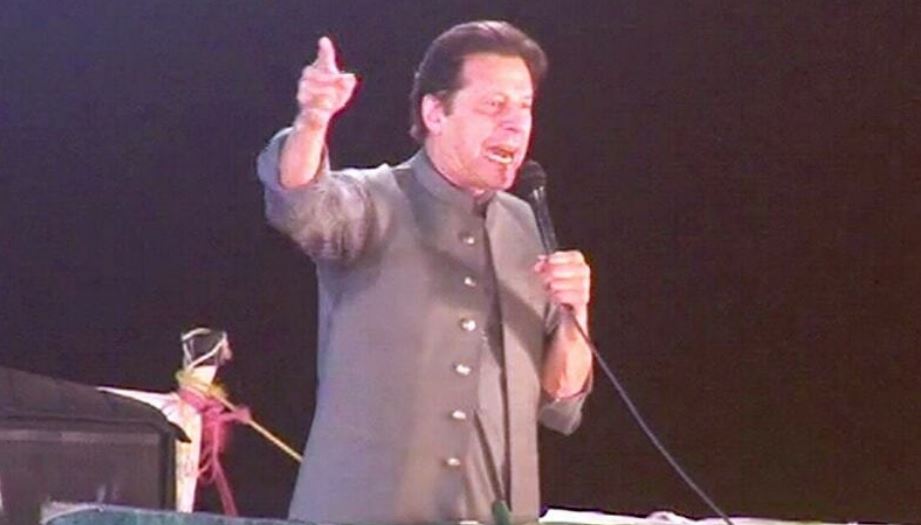 ISLAMABAD, MAY 13: Former prime minister Imran Khan on Friday warned that a “sea of people” set to march towards Islamabad would “sweep everyone away” if the government did not announce a date for elections.

Addressing a huge public gathering in Mardan, Imran said an “absconder” sitting in London must realise that he would not be allowed to take decisions about Pakistan.

Imran emphasised that he was calling people to Islamabad for a “revolution” and not for politics.

Referring to Shehbaz Sharif, Asif Zardari and Maulana Fazlur Rehman as the “three stooges”, the PTI chief said they were slaves of America with their wealth stashed abroad.

He alleged that the coalition government would soon approach the US for help, adding that Foreign Minister Bilawal Bhutto Zardari was also set to hold a meeting in America in this regard.

“It is the same America that had tapped your phone call with your mother when she was sharing the details of your family assets abroad,” Imran said, referring to Bilawal.

He continued that the PPP chairperson would “beg for more money” from the US on the pretext that Imran would return [to power] if the money was not provided.

“I know Americans very well … they say there is no free lunch. Everything has a cost and in the context of Pakistan, the cost is to provide them [military] bases,” the ex-PM said.

Imran said his government was set to procure wheat and oil from Russia at a 30 per cent discount, adding that “the current government cannot trade with Russia due to US pressure.”

He said Pakistan, under the new regime, would have to give statements against Russia because the US wanted it. The PTI chief claimed he was also told the same. “But I refused it as we are a sovereign country and not slaves of anyone”.