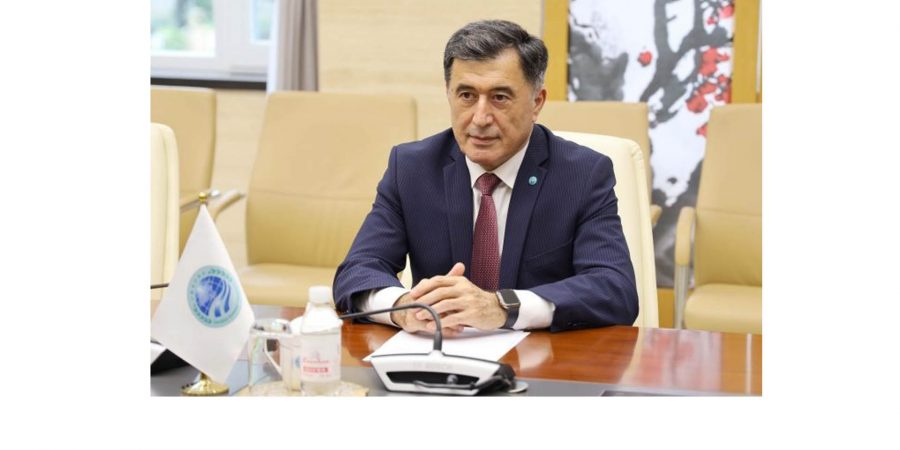 On the 25th anniversary of the adoption of the Beijing Declaration and Platform for Action Humanity has come a long way toward achieving gender equality. From the First International Congress on Women’s Rights in Paris in 1878, to the establishment of the International Women’s Day on 8th March, the establishment of the UN Commission on the Status of Women, and the adoption of the Convention on the Elimination of All Forms of Discrimination against Women. Every step on the historic road to the advancement of women in society has spurred the progress of human civilization. More than seventy years of its existence, the UN has certainly contributed to the increased role of women in society. The 1995 Beijing Declaration and platform for action have become an important guide to action in this area. Exactly 25 years ago, in 1995, from 4 to 15 September, Beijing hosted the 4 th UN World Conference on the Status of Women.

A truly historic event that brought together 17,000 delegates from 189 countries. The conference, determined to achieve the goals of equality and development for all women around the world for the benefit of all humanity, adopted the Beijing Declaration and Platform for Action, setting out strategic goals and framework policies to promote gender equality and protect women’s rights.

The Beijing Platform for Action has identified the equality of women and men as an aspect of human rights and a condition for social justice. This implies the need to enshrine the principle of equality of rights and responsibilities between women and men in the family, at work, and in the wider national and international context.

The Action Platform called on all governments, the international community to take strategic measures to improve specific problem areas such as inequality in education, health, violence against women, the impact of armed conflict on women, women’s unequal rights to participate in economic and political structures, women’s inequality in power-sharing and decision-making at all levels, gender inequality in natural resource management, environmental protection discrimination against girls, and violation of their rights, etc. The UN’s activities after the Beijing Conference were determined by these problematic areas, stimulating positive changes in the world.

According to experts, in the quarter-century since the Beijing Declaration, the consensus on the importance of gender equality has been strengthened in many countries. In 143 countries, laws to ensure gender equality had been enacted, and obstacles to women’s political and economic participation had been removed at the legislative level. However, there is still an imbalance in women’s development in some countries and regions of the world.

Out of 800 million people in the world living in poverty, more than half of them are women. There are still different forms of discrimination against women in the world, which demonstrates that there is still a massive need for enhancing joint efforts to achieve gender equality. The 25th Anniversary of the Beijing Platform for Action coincided with the COVID-19 pandemic, which has inflicted devastating social and economic consequences for women and girls.

Women make up 70 percent of the Labour force Worldwide in the medical and social sectors, and almost in all countries, women are exposed to both medical and economic risks. Besides, according to the UN, worldwide, 60 percent of women work in the informal economy, earning less, saving less, and being at greater risk of poverty. As markets fell and businesses closed, millions of women’s jobs disappeared. When women lose paid employment, the proportion of unpaid care work they do increases many times because of closures of schools, and increased needs of older persons.

One of the consequences of the pandemic has been the increase in violence against women. In this regard, UN Secretary-General A. Guterres appealed to all countries of the world to take urgent measures to protect women’s rights and to increase the capacity to support them. The SCO Member States are committed to the goals and objectives of the Beijing Declaration and the Platform for Action.

Today, the SCO is a dynamic region of the world that occupies more than 60 percent of the territory of Eurasia with a population of more than 3.2 billion people, more than half of which are representatives of the wonderful half of humanity, and in every sphere of life in our countries have a “female” part. Equality and the full participation of women in political and socio-economic matters is a prerequisite for economic development, democracy, and social stability in the SCO Member States.

The share of women’s employment in the SCO countries and their participation in various sectors of the economy averaged 49 percent. Women are predominantly involved in health, education, agriculture, and trade. Women’s representation in politics is on the rise. For example, in the SCO Member States, the proportion of women in parliament is about 20 percent and women in ministerial positions are about 10 percent. This demonstrates the commitment of the SCO countries to the UN Sustainable Development Goals, to ensure effective gender equality and to empower women.

I would like to emphasize that the goals of SCO Development Strategy 2025 and the UN Sustainable Development Goals 2030 are largely the same, particularly in matters of gender equality, access to the full range of services, and key components of human activities. During the 25 years of the Beijing Platform of Action, most SCO countries have made significant progress in achieving gender equality. All SCO countries have ratified and implemented the Convention on the Elimination of All Forms of Discrimination against, and other international conventions on human rights, women, and children, as well as national legal frameworks, have been laid to achieve gender equality. Gender equality priorities, as an integral part of all areas of life in our societies, can serve as an effective platform for consolidating the women’s potential of the SCO countries. Thanks to the initiatives of the Governments of the SCO Member States and the activities of the relevant women’s movements and organizations and efforts have been made within the SCO in recent years to develop a “female” line of cooperation. At the initiative of the All-China Women’s Federation, the First SCO Women’s Forum was held in Beijing in May 2018, which brought together representatives not only of member states but also of Observer countries and SCO Dialogue Partners. The forum was held under the slogan “Women’s Forces for Joint Development” and showed women’s interest in consolidating efforts to promote regional cooperation and strengthen the “Shanghai spirit”. During the Second SCO Women’s Forum, which took place in May 2019, Bishkek discussed more substantive issues on “Gender aspects of SCO cooperation in the context of the regional review of the Beijing Platform for Action and implementation of the 2030 Agenda for Sustainable Development.” The main outcome of the Forum was the unity of opinion of the participants on the need to establish cooperation on gender issues within the SCO.

I think that the introduction of gender development issues into the SCO Agenda in the future will give impetus to the exchange of experience, implementation of joint projects, and the development of joint action measures. In this regard, it is important to establish the forum’s work and establish a specific mechanism for cooperation within the SCO through women’s organizations for the systematic and effective work and active participation of women in the SCO’s activities.

In general, much has been done at the global and regional levels to improve the status of women, but more is needed to be done including the creation of favorable conditions for women and girls in line with the new realities of the present time – the age of globalization, interconnectedness and information technology.

The writer is the Secretary General of SCO.