SCO-ASEAN and awakening of Asian Giant 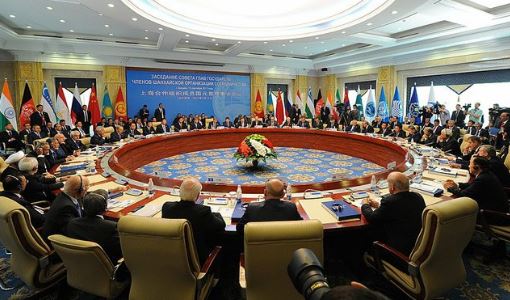 Global political dynamics are rapidly changing with more actors rising on the hegemonic ladder. Now, any political turbulence in any corner of the world resonates across the globe and have its implications. It seems like globalization is on its pinnacle where whole world has been coalesced through various means. And one side where we recognize physical borders but still live in a boundaryless world, where everyone is connected. This has not achieved overnight rather there is a long global political haul which landed us on where we are. The neo-liberal institutional setup which shaped the contemporary world might be tattering for many but its importance cannot be ruled out.

The rule-based order which was established after WW-II through creating global institutional oversight; mainly by west has been effective lately until it was challenged by the countries pursuing their national interests. The organisational setup which was not only scaled up on global level but subsequently the similar frameworks were erected on regional level as well. Minus national interests of the western countries, the primary idea was to have international governing body and have regional administrative bodies to benefit whole globe.

Given this impetus Asia also a carried on with its joint frame work for regional cooperation with first forming Association for South East Nations (ASEAN) in 1967 followed by South Asia Association of Regional Countries (SAARC) in 1987 and then the creation of Shanghai cooperation organization (SCO) in 2001. While first covered the countries in south East Asia the latter encompassed South Asia and SCO gathered central Asia along with China and Russia. All of the organizations centred upon the idea of bringing countries together who share borders and lie next to each other and create a mechanism to enhance cooperation and development of the region. While SAARC became victim of Pakistan and India the other two kept the sail and reaped considerable benefit out of it as well. ASEAN is considered to be the largest free trade bloc where vast amount of goods and products flow without tariffs to the countries. The combined annual GDP of ASEAN countries is around $3trillion and is suspected to grow further. Similarly, SCO countries share combined GDP of $18trillion. Not to forget that both organization host more than half of the world’s population which means that there is enormous amount of human resource potential which is still untapped. It is also to be understood that both the organization are politically influenced as well. while ASEAN countries enjoy exclusive patronage of United States, the SCO led by Beijing and Moscow. United States is ASEAN’s 4th largest partner but China also remains in top three. Similarly, Beijing influxes money for its silk route in SCO countries. However, if both cooperate whole of Asia’s future would be forefront of global politics.

The current political order where on one side the subsequent role of the west and west-led organisations is declining there is a rise of the east. While Asia might be a western construct itself, however the progress Asia has made is purely its construct. The new economic hubs are under construction in east Asia and new trade routes are being made in resource rich central Asia. The collaboration among both the organizations would be no less than a Asian renaissance.

Nevertheless, among many hurdles there remains one impediment which work as a hurdle among the cooperation of SCO and ASEAN which is territorial security. This also shows why many statemen from US visited ASEAN countries just to put them Infront of China. This can only be overturned if China and Russia both guarantee security through the cooperation among the organizations.

Both the organization hold enormous growth potential in them if they cooperate. Together they actually can make Asian century with collaboration, cooperation and coordination. In this regard a joint comprehensive apparatus can be drawn by members of both the organization which not only addresses the concerns of member state but guarantee security over it through joint security mechanism while similarly drawing economic mechanism premised upon mutual respect. Asian giant is not a country but whole Asia itself it can be achieved through collaboration on bringing sub-regional organization to regional and then global level or else the giant will remain asleep.

*Syed Nasir Hassan is working with Islamabad Institute of Conflict Resolution – IICR as Program Coordinator. He is doing his M.Phil in Defence and Strategic Studies, from Quaid-i-Azam University, Islamabad.