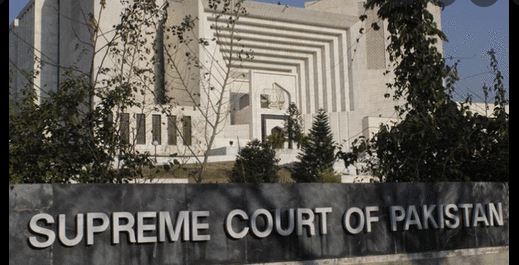 ISLAMABAD, MAR 21 /DNA/ – The government on Monday filed the reference for the interpretation of Article 63A in the Supreme Court. The apex court shall hear the reference on March 24.

The reference was filed by Attorney-General of Pakistan Khalid Javed Khan on behalf of President Arif Alvi.President Dr Arif Alvi on Monday filed a reference in the Supreme Court seeking its opinion on Article 63-A of the Constitution.

The reference submitted by Attorney General for Pakistan Khalid Jawed Khan seeks apex court’s guidance on two interpretations of Article 63-A  and which one should be adopted and implemented to achieve the constitutional objective of curbing the menace of defections and purification of the electoral process and democratic accountability.

According to the first interpretation, “Khiyanat (dishonesty) by way of defections warrants no pre-emptive action save de-seating the member as per the prescribed procedure with no further restriction or curbs from seeking election afresh.” While the second interpretation, “visualizes this provision as prophylactic enshrining the constitutional goal of purifying the democratic process, inter alia, by rooting out the mischief of defection by creating deterrence, inter alia, by neutralizing the effects of vitiated vote followed by lifelong disqualification for the member found involved in such constitutionally prohibited and morally reprehensible conduct.”

The reference stated if the constitutional disapproval and prohibition against defection was effectively enforced with deterrence for future as well, many such members should stand disqualified for life under Article 62(1)(f) and would never be able to pollute democratic streams.

“It was barely a year ago in the wake of elections for the Senate that compelling evidence in the form of audio and video recordings showing horse-trading emerged leaving the identities of perpetrators in no doubt yet nothing meaningful has been done in that respect till date,” the reference read.

The reference stated “the questions of law of public importance revolving around interpretation of Article 63A of the Constitution have arisen in the context of the unending malaise of floor crossing and defections that have sullied and damaged the purity of the democratic process in the country for decades. As happened on many occasions in past, the stage is yet again set for switching of political loyalties for all sorts of illegal and mala fide considerations including vote buying which by its very nature rarely leave admissible or traceable evidence. Some of the presently defecting members have even publicly admitted to defection in interviews to the media with evident pride and further commitment to stay engaged in this immoral trade as the prima facie consequence is innocuous while gains in cash and kind may be colossal without any possibility of loss of membership of Parliament for life.”

The reference further added, “It is evident from the overall constitutional scheme that defection / floor crossing is a morally reprehensible and destructive act which shake the confidence of the public in the democratic process. Owing to the weak interpretation of Article 63A entailing no prolonged disqualification, such members first enrich themselves and then come back to remain available to the highest bidder in the next round perpetuating this cancer.”

“There is presently no specific period of disqualification provided in respect of members found guilty of defection. This Court has observed in many cases that defection or floor crossing is nothing short of cancerous to the entire body politic and it destroys the spirit of democratic governance. Therefore, there can be no valid or cogent reason or justification to treat this cancer as an innocuous and pardonable requiring no more than de-seating of the incumbent and allowing him fresh opportunity to get re-elected soon thereafter” it added.

“Hon’ble Court may be pleased to answer the questions of law so as to purify and strengthen the democratic process worthy of people’s respect and trust and forever eradicate the menace of defections,” the reference concluded.=DNA