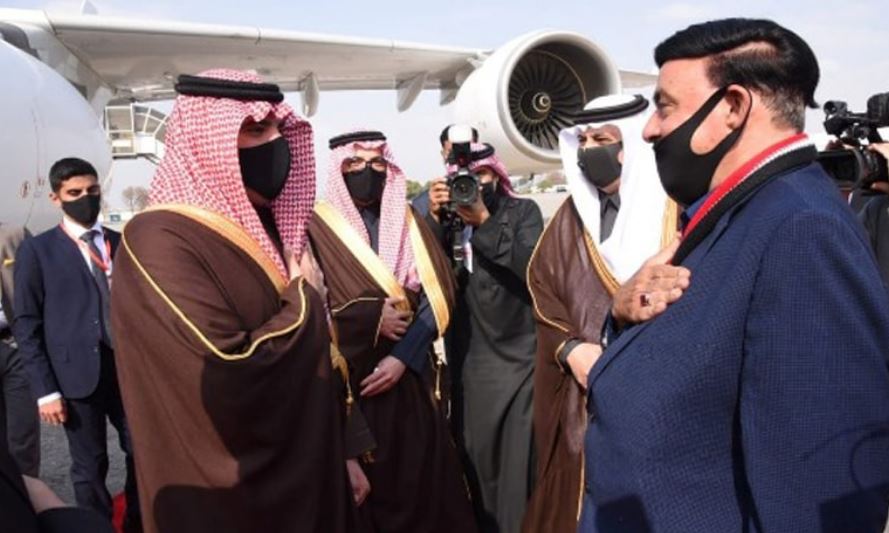 ISLAMABAD: Saudi Interior Minister Prince Abdulaziz bin Saud bin Naif arrived in Islamabad on a day-long visit on Monday. Naif, who is accompanied by a delegation, was received by his Pakistani counterpart, Sheikh Rashid, at the Nur Khan Airbase in Rawalpindi, Rashid said in a tweet.

Interior secretary Yousaf Naseem and other senior officials were also present on the occasion.

Speaking about the visit during a press conference in Islamabad a day ago, Rashid had said that Pakistan had a deep, cordial and brotherly relationship with Saudi Arabia.

The interior ministers of Qatar, Kuwait, Bahrain, etc., were also being invited to visit Pakistan, he had added.

In this connection, he had further stated that the government was making all-out efforts for the return of Pakistani prisoners languishing in jails abroad.