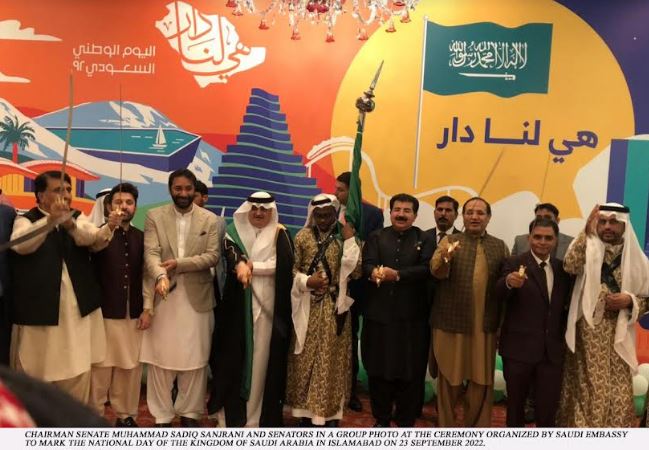 He has also conveyed felicitations and greetings for the Government and people of Saudi Arabia. Sadiq Sanjrani has also expressed best wishes for the continued progress and prosperity of the brotherly people of the Kingdom of Saudi Arabia. We have much love and respect in our hearts for Saudi Arabia and its people, he underlined.

In his message on the occasion of the National Day of Saudi Arabia, the Senate Chairman reiterated his commitment to continue all kinds of support to Saudi Arabia. The relations between the two brotherly countries will become stronger and stronger with every passing of time, he maintained. DNA