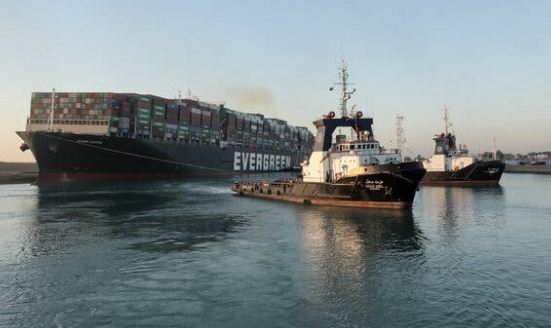 KARACHI, July 25 (DNA): A rescue operation for the cargo ship stuck near Karachi’s SeaView for the last five days will finally be launched on Monday [July 26], Federal Minister for Maritime Affairs Ali Zaidi announced on Sunday.

“The owner [of the vessel] has nominated Bharia Marine Services as their agent in Pakistan,” he tweeted. “Rescue tugs will arrive early Monday and along with our tugs will start the operation.”

A Chinese expert has been flown in by the owner of the ship to monitor the operation. Tong 77 departed from the Chennai port for Istanbul. On July 18, it stopped in Karachi for staff changes.

The high tides pushed it towards the coast, a few kilometres away from SeaView. Experts of the Karachi Port Trust and Pakistan Navy have warned of the shipping breaking down which will result in environmental hazards such as oil spills in the ocean.

According to Zaidi, the ship’s engines are running and its captain has not yet given an SOS call. “This means we cannot launch an operation.”

KPT has activated oil spill response teams at SeaView since Saturday. A 200 meters floatation boom has been deployed along the starboard side and the ship is being monitored 24/7 by the KPT Marine Pollution Control and Port Security personnel, the minister said, adding that a PMSA boat has been stationed 24/7 in case of an emergency.

Zaidi said that a fact-finding committee has been formed to investigate the issue. DNA