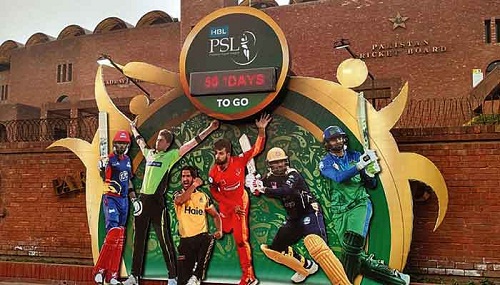 KARACHI : The departure of chartered flights to the United Arab Emirates (UAE) for the remaining matches of the Pakistan Super League (PSL)’s sixth edition has been delayed at least by two hours due to some technical reason on Thursday.

This is the second time the players and officials’ departure for the UAE has been postponed.

The flight was previously scheduled to leave for the UAE at 8:00 am on Wednesday, which was later rescheduled to Thursday, 1 pm.

The same flight has now been rescheduled again, due to technical reasons, and is expected to fly for the UAE today (Thursday) at 3:00 pm. This was revealed by sources in the Pakistan Cricket Board (PCB).

Two chartered flights carrying over 230 passengers — including cricketers, support staff, PCB officials and the production crew — will depart from Karachi and Lahore on Thursday afternoon for the remaining matches of the sixth edition of the Pakistan Super League.

The board is planning to start the PSL remainders from 5th June but a final schedule will be announced on Thursday.