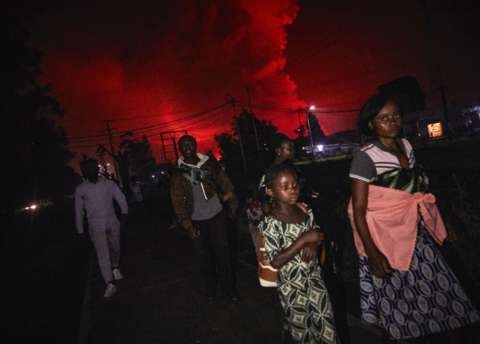 The authorities in Democratic Republic of Congo have ordered compulsory evacuation in parts of Goma, a city of two million just south of Mount Nyiragongo that erupted on Saturday.

The order comes after a warning of further volcanic eruptions on land and under the nearby Lake Kivu.

“This could happen with very little, or even without any warning” and could expose residents to the risk associated with lava flows, said Gen Costant Ndima, the military governor of North-Kivu region.

“The evacuation must be carried out calmly and without haste under the coordination of humanitarian workers.

“Return to homes can only be done on the recommendation of the provincial authority,” he added.

Residents have been told to carry “the bare minimum to give everyone the chance to get on board” vehicles that will be provided by the provincial authority in each district.