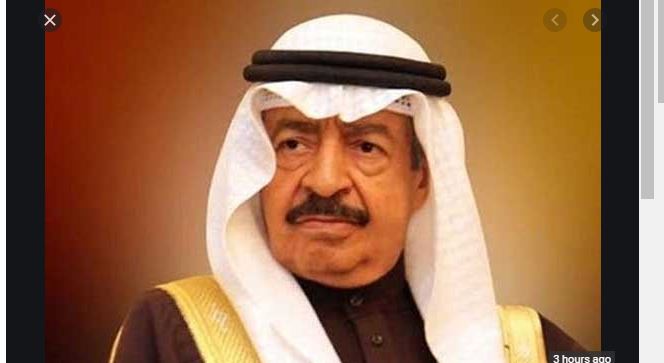 In his condolence message, he commiserated with people of Bahrain and prayed higher status for the departed soul in heaven.

Bahrain’s Prince Khalifa bin Salman al-Khalifa, the world’s longest-serving prime minister who had held the post since independence in 1971, died Wednesday at the age of 84, state media announced.

He played a key role in Bahrain’s political and economic affairs for more than three decades after setting the stage for a referendum that put paid to the Shah of Iran’s claims to the tiny Gulf archipelago. = DNA