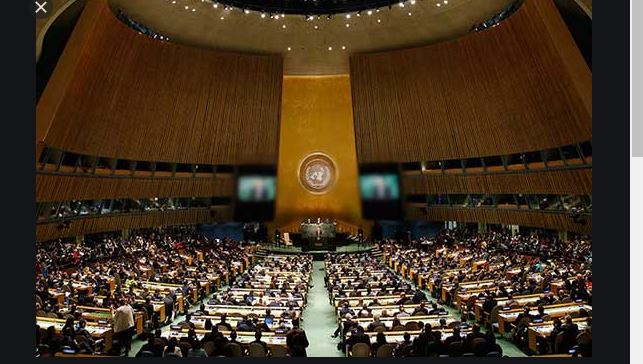 The draft on conventional arms, which underscores the significance of pursuing arms control in regional and subregional contexts, was adopted by a strong support of 159 votes, with only India casting a negative vote.

The proposals on regional disarmament and confidence-building measures, which encourage efforts for easing regional tensions and to advance disarmament and nuclear non-proliferation measures at the regional and subregional levels, were adopted by the Committee by consensus.

The approval of the resolutions by the 193-member Assembly’s Disarmament Committee was as an acknowledgement of Pakistan’s commitment to promote the objectives of regional and global disarmament as well as strengthening international peace and security, a Pakistani mission press release said.

At a time of growing mistrust and rising tensions in various regions of the world, especially in South Asia, it said that regional approaches to disarmament to strengthen peace and security had assumed greater relevance and significance.

Introducing the resolutions, Pakistani delegate Jehanzeb Khan said the General Assembly has long recognized that international peace and security was co-dependent on stability at the regional and sub-regional levels, noting that the UN Charter also acknowledges that relationship.

In the post-Cold War era, he said, most threats to peace and security arise mainly among States located in the same region or sub-region. Therefore, the Pakistani delegate added, International efforts towards disarmament and arms control were reinforced and complemented by regional approaches towards this end.

As the committee completed its programme of work on Tuesday, its Chairman Agustin Santos Maraver of Spain said that despite the problems encountered in conducting in-person meetings amid the coronavirus pandemic, it adopted 72 draft resolutions and decisions to the General Assembly, Maraver, who was making his closing remarks, said amid new arms races and regional tensions, member states must look at the United Nations Charter and its appeal to universal disarmament, emphasizing that: “We need to convey to the victims of weapons of mass destruction that we have fulfilled our mandate to the best of our abilities.” = DNA