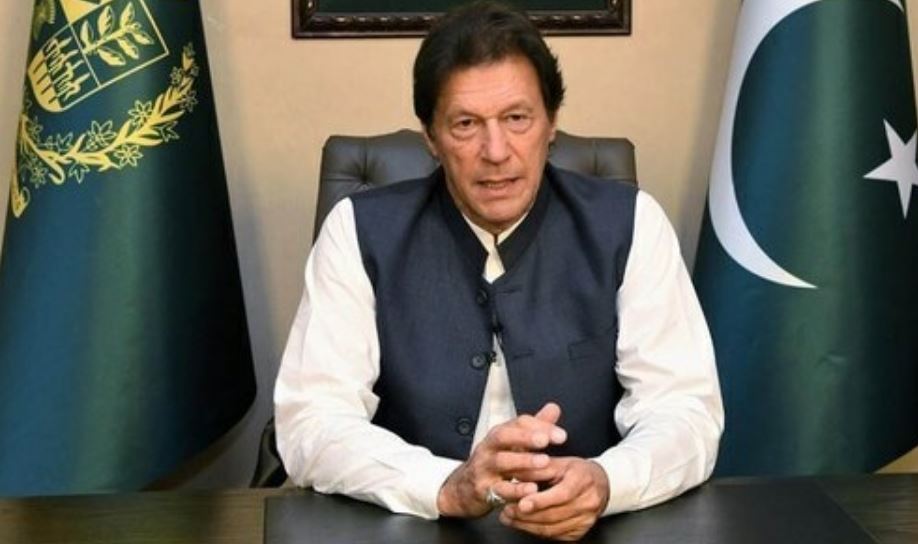 ISLAMABAD: Prime Minister Imran Khan on Saturday reaffirmed Pakistan’s support for Kashmiris and called on the international community to step up and act to stop India’s “genocidal acts” in India-occupied Kashmir (IoK).

In his message on Kashmir Day, the prime minister said: “It is time the world takes notice of India’s grave human rights violations in IIOJK which include crimes against humanity, war crimes & genocidal acts as well as the threat of forced demographic change.”

He added that such actions were a “complete violation” of the Geneva Convention. The premier said it was the international community’s responsibility to ensure an impartial plebiscite, emphasising that it could not ignore the Kashmiri’s plight and “their undeniable desire to free themselves from the Indian state’s draconian military occupation”.

“Pakistan stands united with our Kashmiri brothers & sisters and committed to their legitimate struggle for self-determination. Modi’s fascist policies of oppression & violence have failed to crush the spirit of the Kashmiri resistance in IoK,” the prime minister said.

President Dr Arif Alvi said India was continuing to “brutalise” IoK and also trying to change its demography. “I remind the world to wake up & fulfil its promise of protecting Kashmiri human & political rights,” the president said in his message. Chief of the Army Staff Gen Qamar Javed Bajwa said now was the time to “end this human tragedy” and resolve the Kashmir dispute as per the aspirations of its people and in line with relevant UN resolutions.

Meanwhile, Azad Jammu and Kashmir Prime Minister Sardar Abdul Qayyum Niazi said the day was “a recognition of the everlasting ideological, geographical, cultural and social ties of the people of Pakistan and Kashmir.”

He added that the entire Kashmiri nation welcomed the expression of solidarity with them by Pakistan and its people.

“Kashmiris have stood their ground with courage, perseverance and courage and will continue to do so. God willing victory will be the destiny of Kashmiris,” he tweeted.

PML-N President and Leader of the Opposition in the National Assembly Shehbaz Sharif said today was a day to come together to extend “unwavering support” to Kashmiris regardless of political differences.

“Their struggle for freedom in face of a brutal Hindutva-inspired regime remains legendary. History tells us that people with conviction always defeat their oppressors,” he tweeted.