PM Imran leaves for US on three-day visit 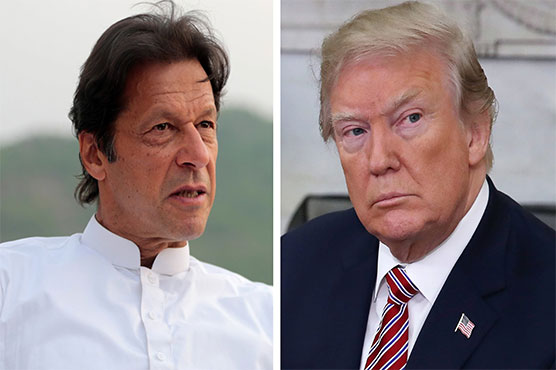 ISLAMABAD (DNA) – Prime Minister Imran Khan left for the United States on a three-day official visit in the wee hours of Saturday.

According to details, Prime Minister Imran Khan will meet US President Donald Trump on July 22. Foreign Minister Shah Mehmood Qureshi, Sohail Mehmood and US Foreign Secretary Mike Pompeo would be part of meeting.

PM’s meeting with other office bearers and stockholders is being scheduled. Sources said the meeting would discuss Pak-US relations, Afghan peace process and Pakistan’s support for Taliban dialogue.

Sources added that US president Trump will request PM Imran Khan to convince Taliban for final round of peace talks.

Addressing a press conference in Washington on Friday, he said that the United States President Donald Trump will himself receive Prime Minister Imran Khan at White House.

The foreign minister said that a dinner will also be hosted at the White House in honor of PM Imran Khan.

He said that Imran Khan will have two meetings with the US president during his visit, adding that the first meeting will take place at the Oval office whereas the second one will take place in the cabinet room.

Qureshi said that PM Imran Khan will hold meetings with the business community and the representatives of the International Monetary Fund (IMF). He will also meet the Pakistani community living in Pakistan.

The premier will also have a meeting with a delegation of the World Bank.

The visit will focus on strengthening cooperation between the United States and Pakistan to bring peace, stability and economic prosperity to a region that has seen far too much conflict, the White House press secretary said.

Trump and Prime Minister Khan will discuss a range of issues, including counterterrorism, defense, energy and trade with the goal of creating the conditions for a peaceful South Asia and an enduring partnership between our two countries, said the press secretary. 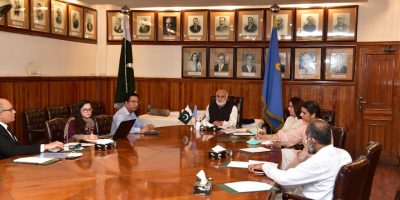